Athermalization refers to operation of semiconductor lasers with its wavelength unchanged even as the temperature is changed. As the ambient temperature increases, the output wavelength of the laser redshifts, which is an issue for Dense Wavelength Division Multiplexing (DWDM) where the laser output must remain within a narrow channel of roughly 50GHz. The solution to this has been to employ a cooling system to stabilise the ambient temperature, however this requires a lot of energy to operate. 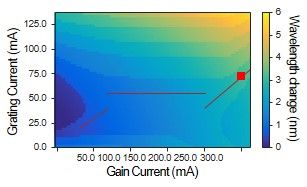 We first measure the tuning map of the laser in which we measure the output wavelengthwhen varying the gain and grating (back and front) section currents. The laser tunes over about 5 nm and mode hops are clearly visible. If we now follow the path along the red lines, we then find that the laser wavelength will remain constant. 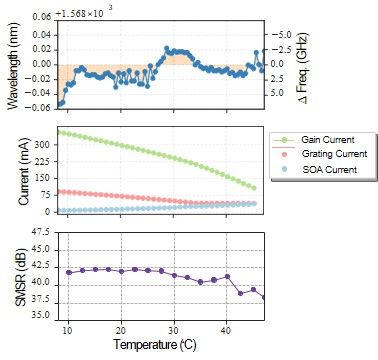 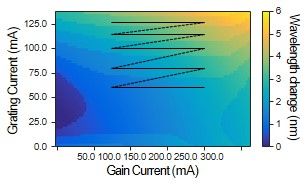 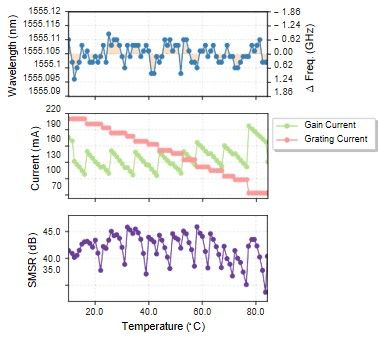 If we use a discontinuous tuning shown by the black lines, mode hops will occur. However, the athermalisation can now be maintained in the range 10 to 85 oC.