Delamination of Au thin films. Heat assisted magnetic recording (HAMR) is a development which allows increased bit density and therefore higher recording capacity on magnetic hard disk drives. The technique relies upon extremely localized heating of the magnetic disc medium, which is achieved through plasmonic energy transfer. Gold is the preferred plasmonic medium, but nanoscale gold films tend to dewet  from the substrate when exposed to heat. This problem has prompted a variety of experimental directions, the most promising of which turns out to be the most simple.

Gold films are usually ‘glued’ to substrates using adhesion layers such as titanium. We undertook a study of adhesion layers used with gold and discovered that commonly-used titanium layers as thin as 5nm can in fact be detrimental to the integrity of the gold over-layer. Amazingly, the optimal thickness required to prolong the life a gold thin films on an oxide substrate is just 0.5nm – just a few atoms thick. This prolongs the lifetime of the gold by a factor of about 100x.

It is not trivial to deposit films reliably at this thickness. A new multi-million euro sputtering system has recently been installed which will allow even greater control and analytical capability.

To study the process of delamination, we use a laser to rapidly heat a Au film of varying thickness and varying the thickness of the adhesion layers.

The setup for these studies is shown here. We measure the reflectivity of the sample versus time and see that it drops as the delamination occurs.

And we see the unusual behaviour that as the most stable sample has a layer of just 0.5 nm of titanium. We need to understand the mechanisms beyond this increased adhesion. 0.5 nm of Ti corresponds to a monolayer! 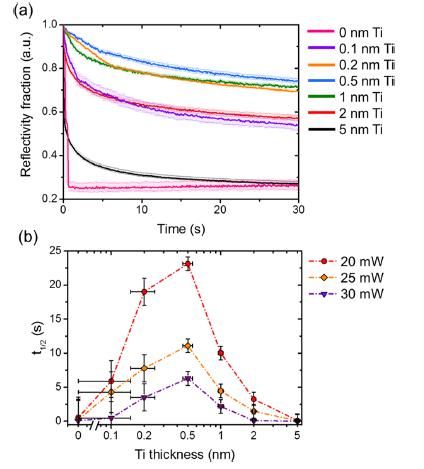 Epsilon near zero materials: These are materials whose dielectric dispersion approaches zero at a particular wavelength. One such material is indium tin oxide.  This material is one whose optical (and electrical) properties vary depending on the resistivity. 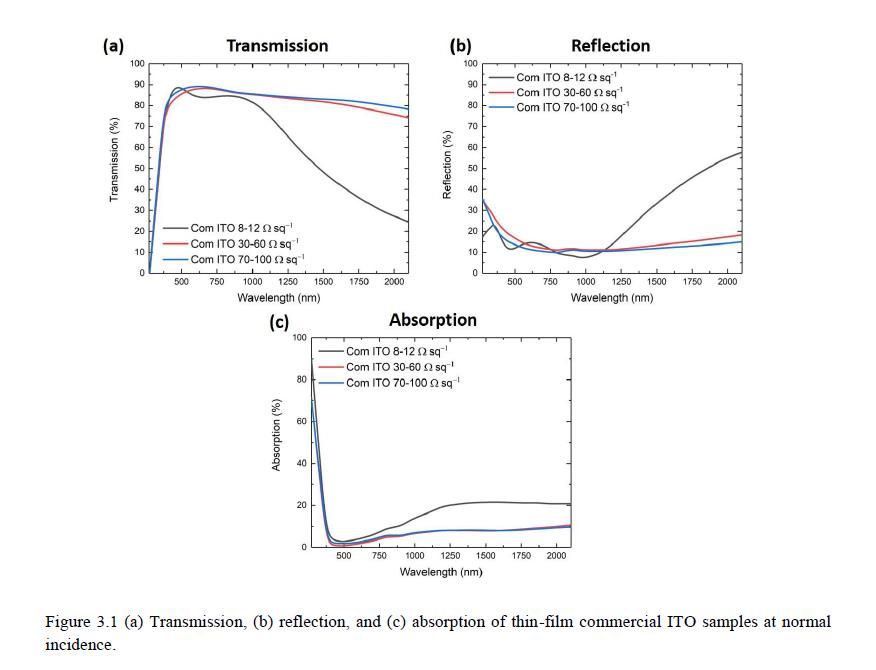 We can see the highly transmissive region in the visible where ITO is well known in mobile phones and in high energy efficient glass. However, in the infra-red region, the optical properties can change quite drastically depending on the resistivity of the sample. 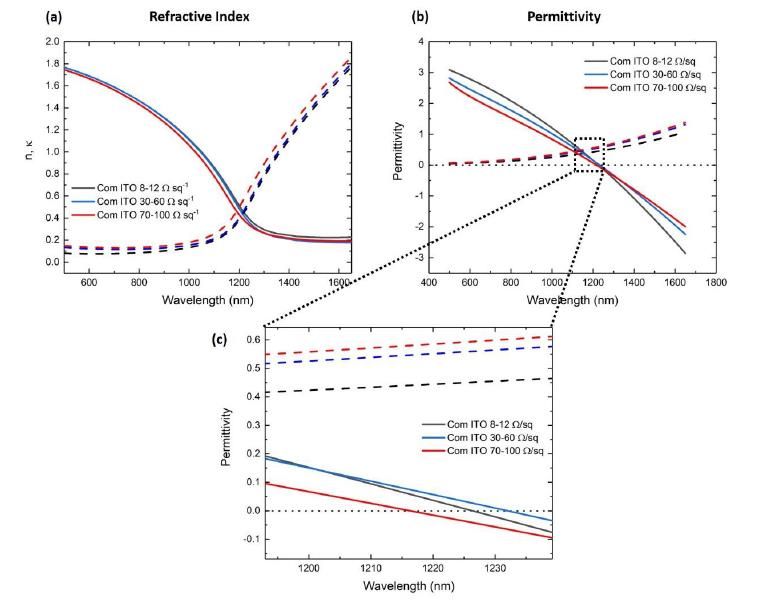 We can see that the real part of the permittivity goes to zero in the range from about 1220 to 1230 nm in this sample. We are studying now the potential to tune this ENZ region into the near infra-red and possibly the visible region.