My research focuses on developing technologies for the detection of single segment and multi-segment magnetic nanowires using GMR and TMR magnetic sensors integrated into a microfluidic channel with the aim to develop a portable and cost-effective flow cytometry platform for applications such as early detection of cancer cells. 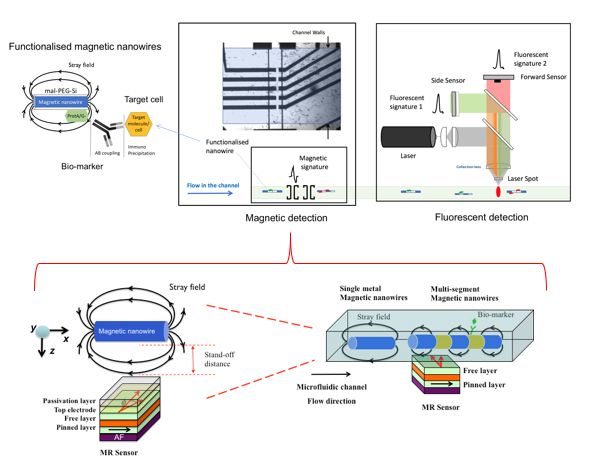 Detectable multi-segment nanowires could act as the magnetic ‘barcodes’ to molecular biomarkers.

Detectable multi-segment nanowires could act as the magnetic ‘barcodes’ to molecular biomarkers.

Signal detection experiments were carried out with two GMR sensors configured as a lateral gradiometer, which enabled us to detect single segment nanowires as they passed over the sensor. 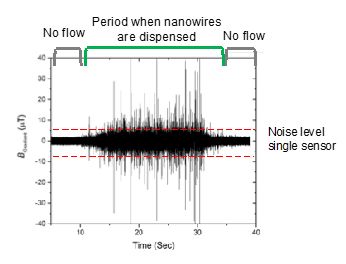 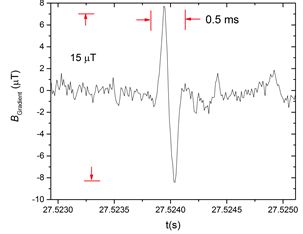 Expected detected response is low 10’s of T with a response time of 0.5 ms