The other magnet revolution of the 20th century was the achievement of true permanent magnets in any desired shape. The signature of a magnet is its hysteresis loop, a plot of magnetization versus applied magnetic field. A slender loop indicates a good temporary magnet which responds readily to a small magnetic field. Temporary magnets (also known as soft magnets) are needed in the magnetic circuits of motors, generators, transformers and inductors. A fat hysteresis loop indicates a permanent magnet (also known as a hard magnet) which will remain magnetized after the application and withdrawal of a large magnetic field. The magnetic materials used in recording have intermediate loops, broad enough to be stable yet not so broad that they cannot be remagnetized by the field produced by the write head.

All magnets generate their own demagnetizing field, which was the reason for the old steel bar and horseshoe magnets invented by Daniel Bernoulli in 1743. They are now completely obsolete, superseded by magnets made of new materials which have a coercivity greater than their saturation magnetization. Coercivity is the reverse field needed to reduce the magnetization to zero. Consequently they resist self-demagnetization no matter what their shape. The strength of a permanent magnet is given by its maximum energy product (BH)max, twice the energy stored in the magnetic field around a magnet of optimum shape.

In a word, all the progress in magnets in the 20th century was due to mastery of coercivity. We have advanced from lodestone and a set of poorly-differentiated hard and soft steels to a spectrum of materials exhibiting coercivity ranging over seven orders of magnitude from 0.1 A/m to 2 MA/m. Energy product of magnets doubled every 12 years on average during the 20th century. The magnets we now possess are more than a hundred times as powerful then those Einstein had to play with as a child, or as a clerk in the Berne patent office. The archetypal magnet is no longer a horseshoe, but a disc of metal with a height equal to about half the diameter found inside every Walkman, video, or telephone. There are myriad use of these magnets: numerous types of small motors and actuators, magnetic separators, magnetrons for radars and domestic microwaves, flux sources for nuclear magnetic resonance imaging (MRI), oil and water treatment, magnetic levitation...the list goes on and on. Whereas the average family in the 1950's owned two magnets, one in the bicycle dynamo, the other in the windscreen washer motor of the family car, the same family now owns hundreds of them. Over 30g of magnets are produced annually for each person on Earth. 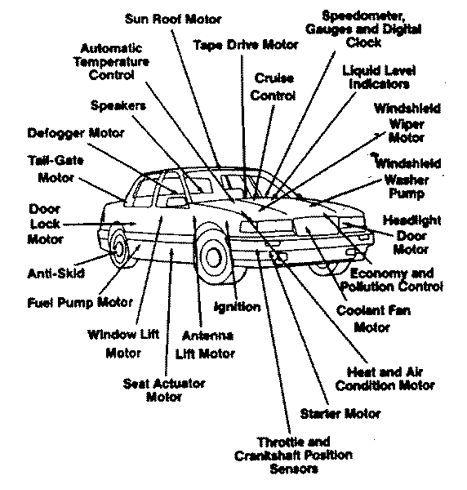 The shape barrier was first broken by hexagonal ferrites developed at Philips in the late 1940's, and energy product improved dramatically with the discovery of rare-earth magnets and Sm-Co dating from the 1960's and Nd-Fe-B in the 1980's. Sm-Fe-N, dating from 1990 is a new niche product.

Magnet properties are not expected to improve as much again in the 21st century. It will be difficult to double (BH)max even once more from the current record of 540 kJ m-3. But it is sure that magnets and magnetic fields will continue to proliferate, perhaps extending into new areas we can only dream of.