With the recent drive towards device miniaturisation, increased operational speeds and in turn capability to access higher frequencies both on-chip and in integrated devices there has been an interest in designing devices with broadband microwave functionality. Ferromagnetic resonance (FMR) is the phenomenon at the heart of such devices. Standard methods for characterising FMR typically involve microwave cavity or stripline excitation and monitoring microwave losses as a function of applied field or frequency. However, such methods fail to provide for the direct and absolute extraction of the precession cone angle and quantitative information for the strength of the resonance is rather difficult to obtain.

The group recently introduced two novel techniques for the detection of broadband (100 MHz - 20 GHz) ferro/ferrimagnetic resonance, which rely on SQUID-based gradiometry detection of small changes in the magnetisation. Here the ferromagnetic material is seen as a macrospin system, nominally saturated along the z-axis. The resonator consists of a stainless steel coaxial cable for connecting to the swept frequency source and the FR4 (woven fibreglass and epoxy resin)-based microstrip transmission line shorted with a 50 ohm load resistance (0.5 mm in size), encased in a thin walled copper shielding. The sample assembly is placed in the centre of the sensing coils (four-turn z-axis gradiometer, see Fig. 1), which are inductively coupled to the RF SQUID within the cryogenic, vacuum environment of the superconducting magnet system. In the first method small changes in the along-the-applied-field projection of the coupled magnetic moment (Δmz) are detected as the material is driven into resonance. Absolute measurement of the moment along the applied field direction and the resonance induced lowering of this moment makes estimation of the precession cone angle easily accessible. 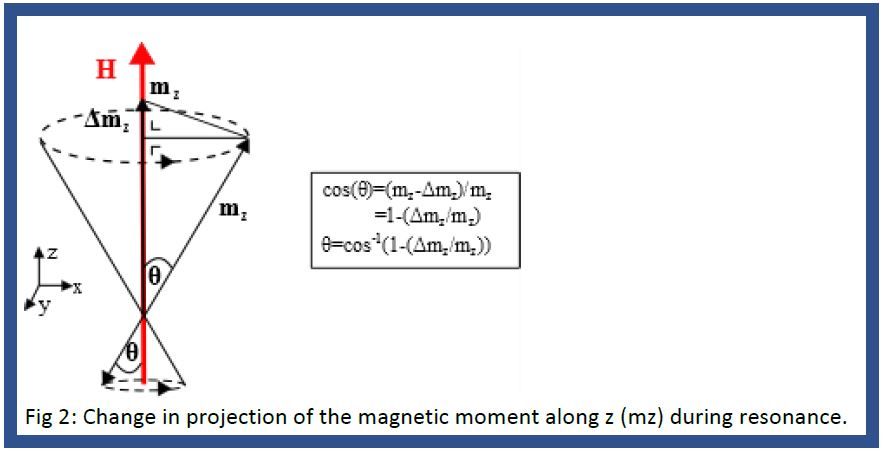 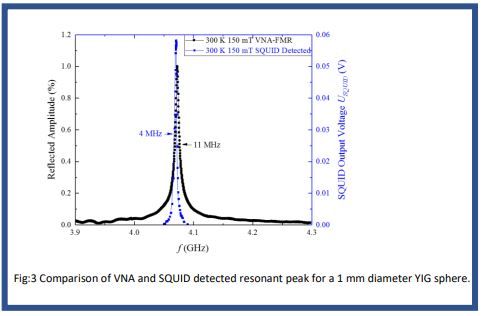 The second method invokes the change in Δmz with the resonance-induced thermal heating (dmz/dT). Measurement of the thermal derivative of the magnetisation, while not absolute, provides for high sensitivity FMR detection, which is especially sensitive at low temperatures.The inhomogeneous microwave excitation generated by the microstrip carrier allows for the observation of higher magnetostatic modes in addition to the primary spatially uniform mode and the tracking of very broad resonances at low static fields. The capability of both strategies are demonstrated in analysing the magnetisation dynamics over a broad range of experimental temperatures (4 K - 400 K) and fields (10 - 500 mT) in both polycrystalline and single-crystalline Y3Fe5O12. The two SQUID-detection techniques when combined with broadband VNA-FMR, lowfrequency magnetic susceptibility and DC magnetometry, all easily realised, essentially concurrently, greatly expand the amount of static and dynamic information accessible using a single module. 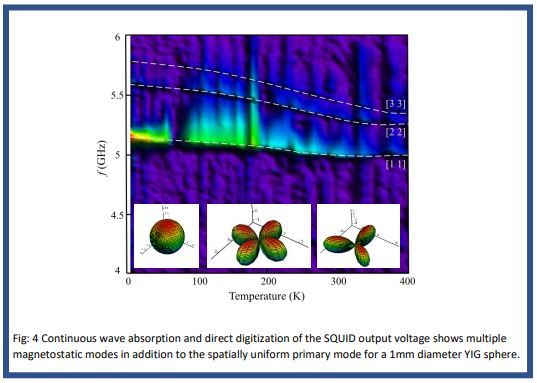