A new research theme for the slotted single mode lasers in burst mode operation, for Time and Wavelength Division Multiplexed Passive Optical Networks (TWDM-PONs). Key advantage to TWDM is that it allows for multiple users to use a single upstream channel, however this requires for each user to have a capable transmitter at their premises. Currently, distributed feedback lasers and distributed Bragg reflector lasers with buried low order gratings are the focus of burst mode research. However, these lasers require precise e-beam lithography and regrowth steps which invariably drive yield down. Our group has developed slotted single mode lasers, which have high order gratings meaning that they require no regrowth and could make use of inexpensive optical lithography. Our laser, which makes use of an integrated SOA is shown below. 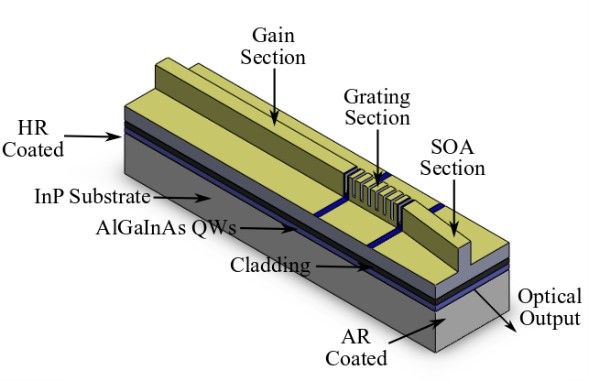 In burst-mode, the laser is pulsed on to broadcast and off when not needed. This pulsing   g behaviour will result in laser self-heating. When the laser is switched on, the wavelength shifts over a period of a few micro-seconds. The drift should not exceed ±12.5/25 GHz for 50/100 GHz spaced channels respectively, otherwise there will be interference with different channels. We are now studying ways to minimise the wavelength drift once the laser is operated in burst-mode. In this work, for the first time, we propose and experimentally demonstrate a novel technique to reduce the wavelength drift of the laser for TWDM-PON upstream transmission by using a multi-section tunable DBR laser with high order grating. In this scheme, only one section (front section) of the laser is used for burst mode operation while keeping the back section at constant current. With the proposed  energy efficient method, the wavelength drift is reduced, which is well matched with requirements for NG-PON2.

It is essential desirable to solve the heat equation in 3D in order to control the heating in this burst-mode operation. To do this, we use the finite element method (FEM). 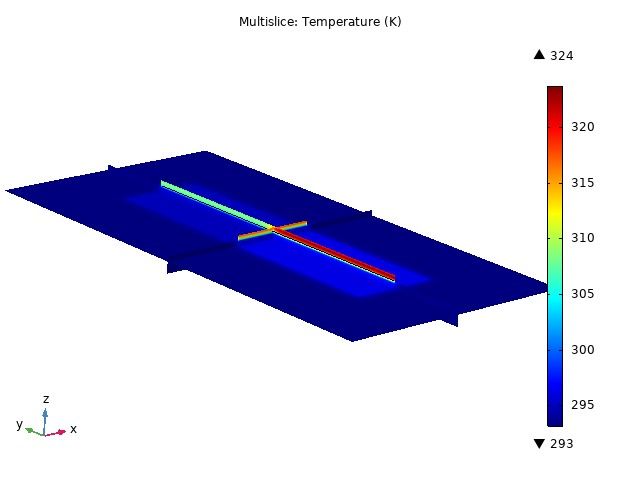 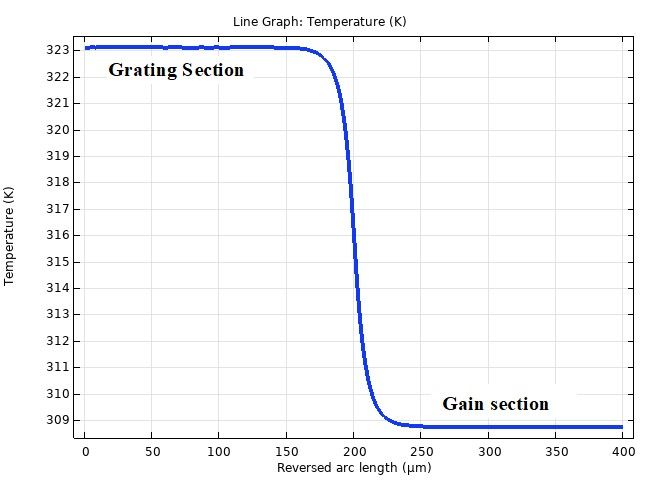 Determined temperature distribution along the laser ridge. The ambient temperature is 293.15 K (~20oC). 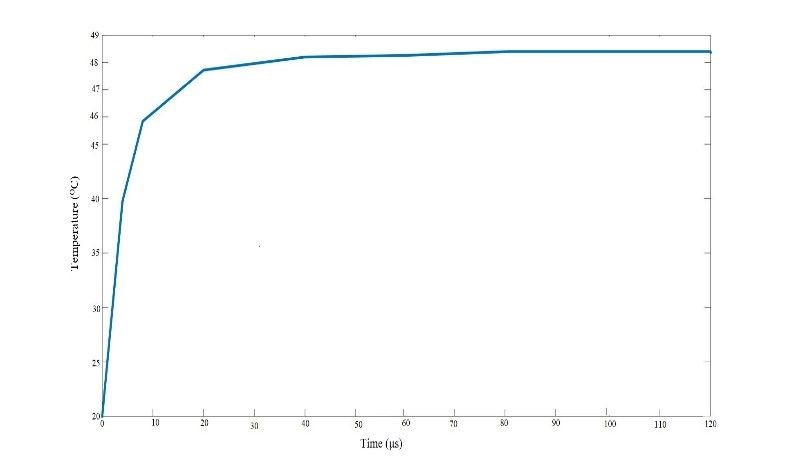 We can see from the profile that the grating section is at a higher temperature than the gain section. As it is shown on the transient result, temperature is stable after about 18 microseconds. This data can now be used to help stabilize the wavelength of the slotted lasers when we operate them in burst-mode operation.