Magnets are a remarkable success story. Thanks to mastery of microstructure and coercivity, their energy product doubled every 12 years in the 20th century. Nowadays, 10⁵ tonnes of Nd2Fe14B and 10⁶ tonnes of hard ferrite are produced annually. A new, intermediate magnet is needed for energy applications.

Permanent magnets have many uses. New, high-volume applications in electric vehicles and wind turbines are now in the pipeline, which could easily triple demand for high-performance magnets as the “green energy” sector continues its unprecedented growth. Materials research is the key to progress. The choice of materials is limited to include magnetic elements, and cost is a constraint. 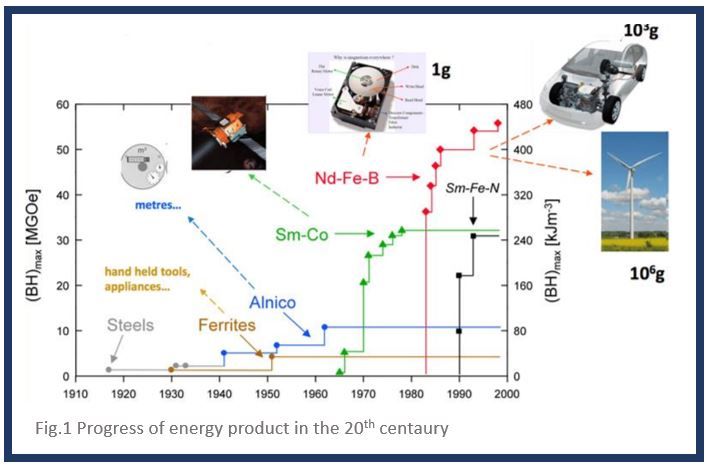 Further improvement of the energy product of bulk magnets seems unlikely. There is a strong quest for a new material for oriented, dense magnets with properties intermediate between sintered ferrite and sintered Nd-Fe-B. There is a huge potential market opportunity provided a material with a suitable combination of Curie temperature Tc, coercivity Hc and remanence Br, can be found to fill the gap. Currently-known materials meet only two of these three requirements, and a new magnetic material is now being actively sought. We are focussing on Mn-based compounds. The process steps are arc-melting or mechanical alloying, followed by annealing, milling, X-ray and magnetic characterization. Powders are handled in a glove box. 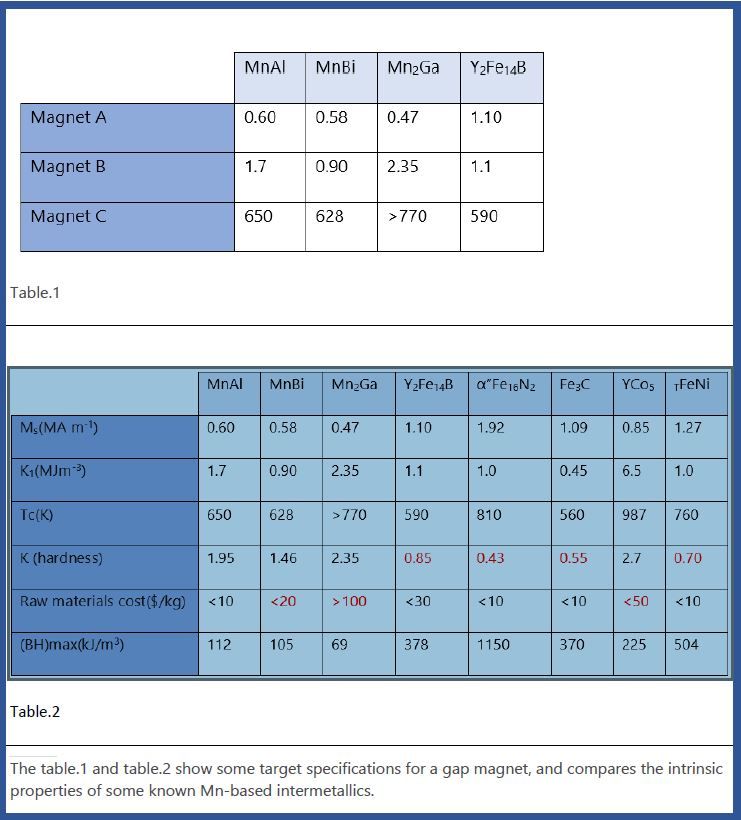 Interstitial nitrogen, introduced from the gas phase, expands the lattice of Sm2Fe17 and greatly increases the Curie temperature. The nitrogen triangle around the samarium creates a uniaxial crystal field and strong anisotropy. The Sm2Fe17N3 powders may be useful for oriented bonded magnets. The gas-phase interstitial modification process can be applied to other rare-earth intermetallics. This is one of the best-known achievements of the Group, with 750 citations since 1990. 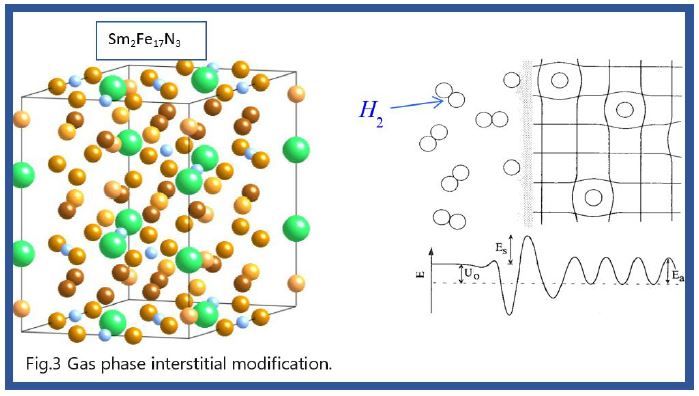 Fig.3. The H2 molecules dissociate at the surface, and occupy interstitial sites beside the rare earth, expanding the lattice. In the illustration of the hexagonal Sm2Fe17N3 structure, the nitrogen atoms are shown in black.

Permanent magnets have myriad applications. The Group has been using permanent magnets to generate variable magnetic fields since 1990, when we were active in the New Materials and Magnet Applications parts of the pioneering Concerted European Action on Magnets (CEAM). We built the first practical implementation of the nested double Halbach cylinder structure. A single cylinder produces a uniform transverse field in the bore. By nesting two cylinders with the same radius ratio, a variable field can be generated by rotating them about their common axis.

Fig.4 An eight-segment Halbach cylinder (yellow arrows) creates a near-uniform magnetic field in the bore (blue arrow). Rotating two nested cylinders allows a variable field to be produced. This is the operating principle of the Multimag which was produced by Magnetic Solutions Ltd for some years after the company was founded in 1994. Fields of up to 2 T are generated in a compact benchtop instrument that requires no high-current power source. 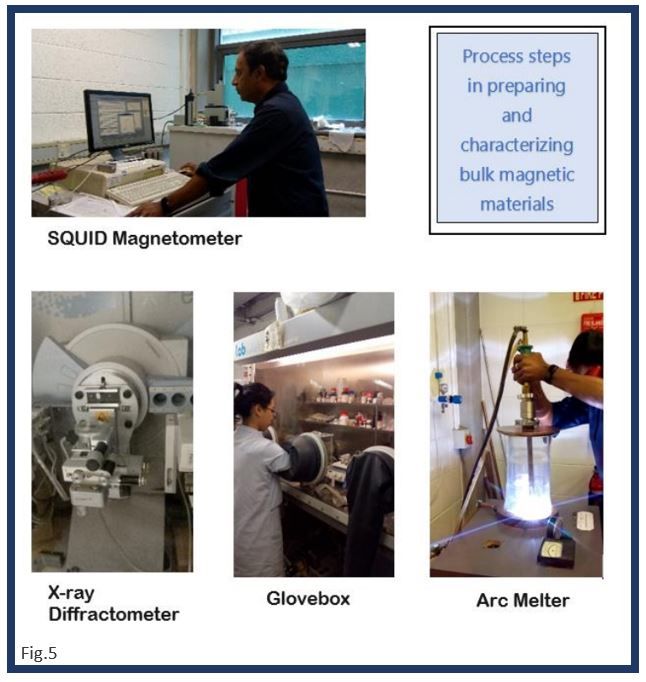