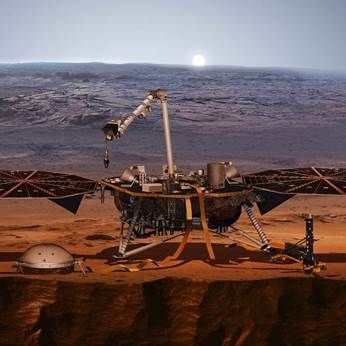 The Mars Seismic Catalogue is a planetary-wide catalog generated from the observations of a single seismometer, which NASA has been operating on the surface of the Red Planet since 2019. Each day three megabytes stream from Mars through the Deep Space Network to the computers of SISMOC (SeIS on Mars Operation Center) hosted by the French space agency CNES in Toulouse. 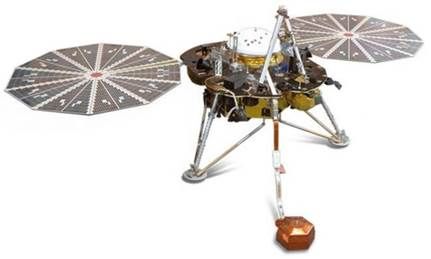 The InSight lander with its two solar arrays deployed. The seismometer is visible on the ground, attached to the probe by a flexible tether (© NASA/JPL).