The Antimatter and Many-Body Theory Group led by Dermot Green at Queen’s University Belfast has adapted the Exciton code for use in calculations on positron-molecule interactions.

The periodic version of the Exciton code (not released as Open Source) has been interfaced to the Crystal code which is developed by the Theoretical Chemistry Group at the University of Turin and EPSRC Daresbury Laboratory. The interface allows it to use wavefunctions and band structures generated by Crystal to calculate optical spectra, densities of states, etc. using a tetrahedron method for Brillouin zone integration. In this context it has been used by our group for optical spectroscopies of surfaces (RAS, HREELS) calculations on a range of semiconductor and metal oxide surfaces. 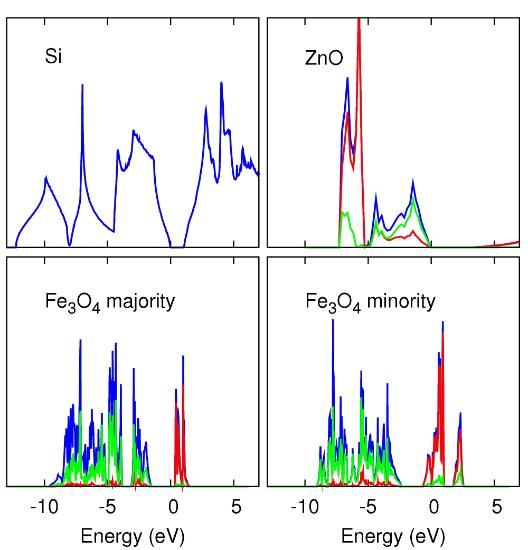 Examples of total and atom-projected densities of states bulk materials

Since CRYSTAL09 can perform all electron calculations, EXCITON can calculate core level optical absorption spectra including the optical matrix element whereas pseudopotential methods rely on a joint density of states calculation. 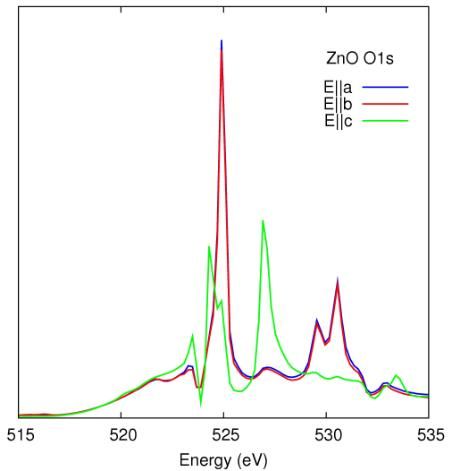 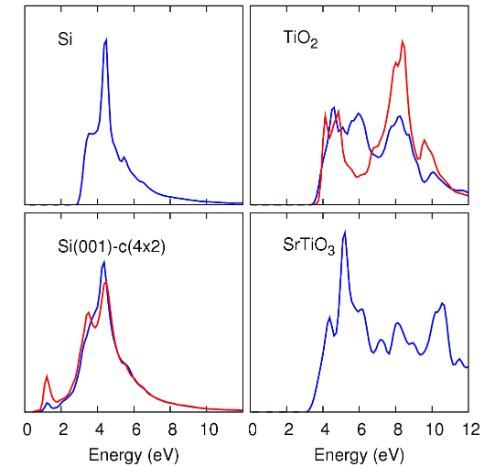 This work is sponsored by the Irish Higher Education Authority under the PRTLI-V grant and by Science Foundation Ireland under grant number RFP/11/PHY/3047.

Optical spectra shown here are obtained from single-particle hybrid density functional theory wave functions. They do not contain electron-hole attraction and scattering which is included in the Bethe-Salpeter equation (BSE) approach to optical excitations and which results in some bound excitations in matter, called excitons. Following our earlier work with BSE calculations in a Gaussian orbital basis, a BSE module is being developed for the latest version of EXCITON.