Shen Kua describes the magnetic device that changed the world

This is one of the earliest magnetic compasses: A floating fish-shaped iron leaf, mentioned in the Wu Ching Tsung Yao which was written around 1040. The book describes how iron can be heated and quenched to produce thermoremanent magnetisation. The first clear account of suspended magnetic compasses in any language was written by Shen Kua in 1088. The compass changed the world. It allowed Columbus' ship, the Santa Maria, to follow a Westerly course day and night to land on the coast of Hispaniola: The discovery of America in 1492. Chinese oceangoing junks, led by the eunuch admiral Shen He, plied routes to Cambodia, Ceylon, Java and discovered Africa. But such exploration was stopped in the Ming period, leaving the globe open for voyages of discovery by the European powers.

Hard steel wire for the needles, originally exported from Damascus and Hyderabad, was later manufactured world-wide, although in these two pictures, both drawn around the 16th century, we can see quite a contrast in the working conditions prevalent in China and in England!

Two of Perigrinus' proposals -a perpetual motion machine (above left) and a levitation device with a floating magnet- have inspired a wealth of hare-brained schemes ever since. The perpetual motion idea is parodied in the 1920's Berlin postcard featuring Albert Einstein in his magnetic autocar. In the eighteenth century, Temple Henry Croker twice presented his ideas for a perpetual motion machine (below left) to the Royal Society. It was supposed to work in Barbados, at the magnetic equator, where the strong horizontal terrestrial field would flip the bar magnet M repeatedly. The US patent office was issuing patents for magnetic perpetual motion machines as late as the 1970's. 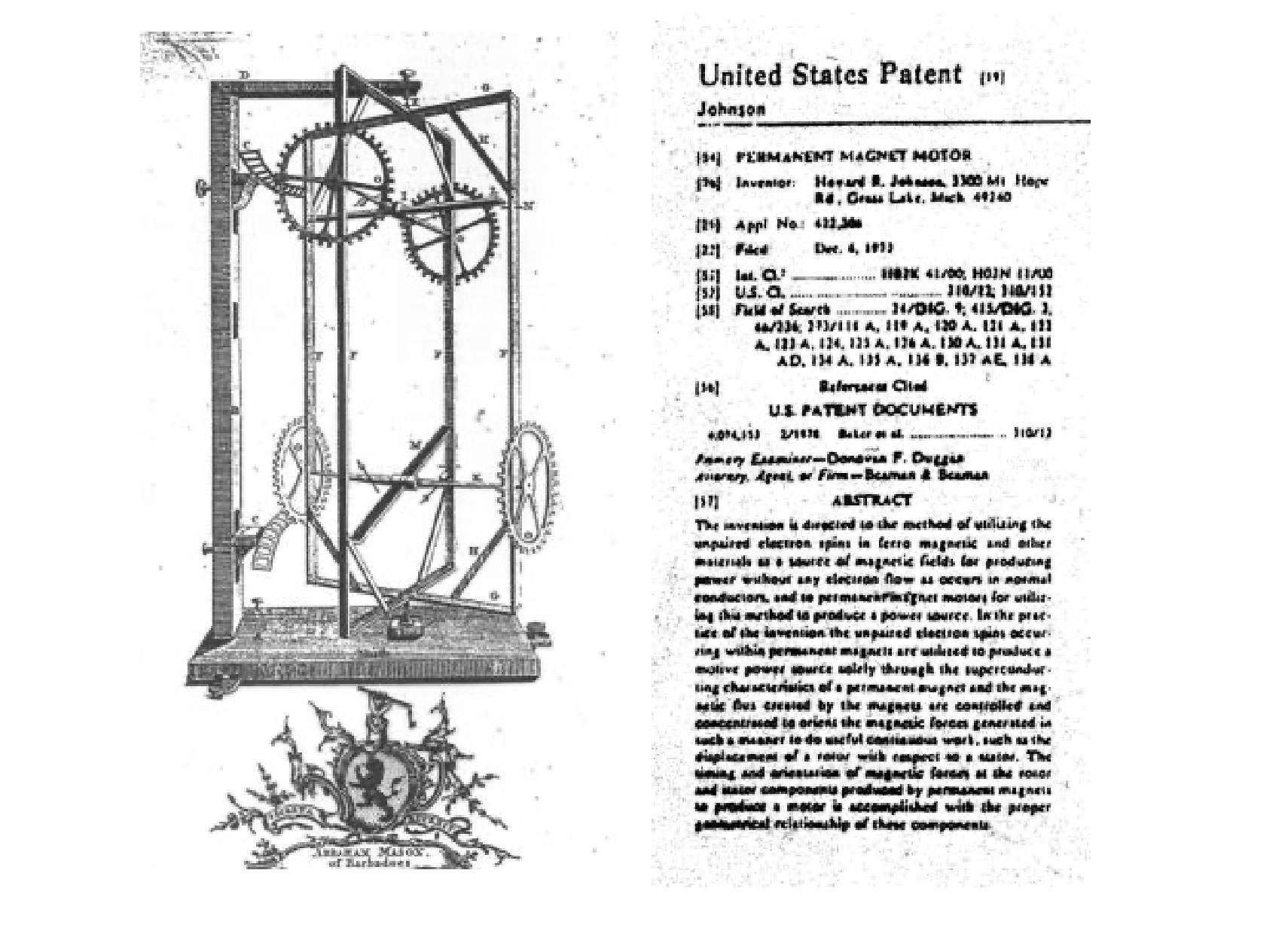 Proponents of magnetic levitation came in for similar ridicule. The picture below, taken from a 1727 French translation of Gulliver's Travels, shows Gulliver waving at Laputa, the flying magnetic island with a shiny adamantine base. Galleries around its sloping sides were connected by stairs to the palace at the top. Swift included a map (below) in the first edition of 1726. Parodying the style recommended by natural philosophers, he explained how c represents the attractive end, and d the repelling end of the lodestone travelling above the dominions of Balnibarbi. 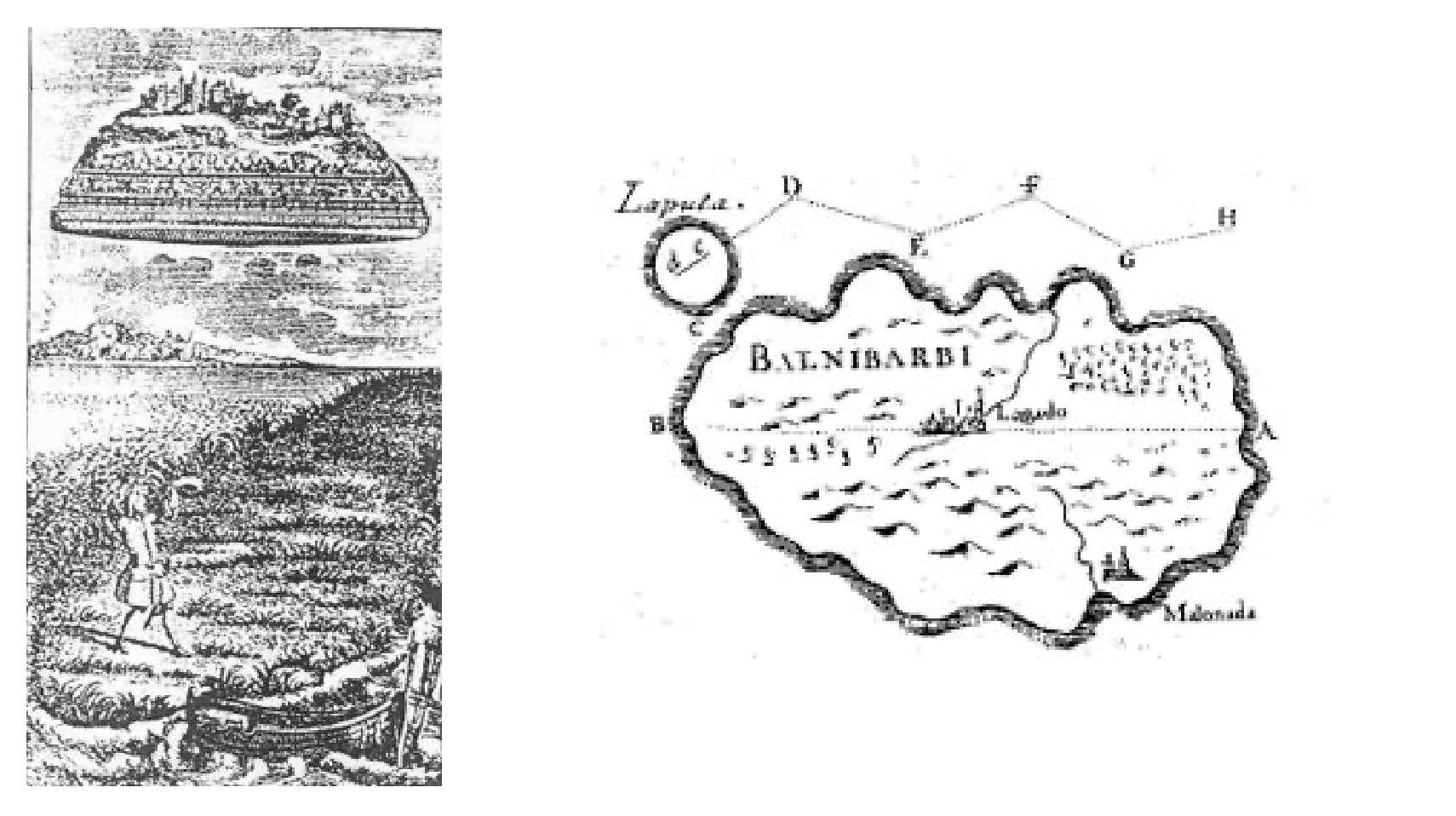 It seemed that the last word on the subject was given by Earnshaw in 1839. He proved a theorem which implied that it was impossible for a magnet to achieve stable equilibrium in all three directions in a static magnetic field created by an arrangement of permanent magnets. Only recently has it been understood that it is possible to levitate a permanent magnet with the help of diamagnetic material. On the right we see levitation of a Ni-Fe-B magnet in the field of another magnet, stabilised using the feeble diamagnetism of two human fingers. Diamagnetic objects like drops of water or frogs can be levitated when the product of magnetic field and field gradient exceeds about 14 tesla2/cm.

Development of the compass and the circumnavigation of the globe led to the beginnings of the modern science of magnetism. 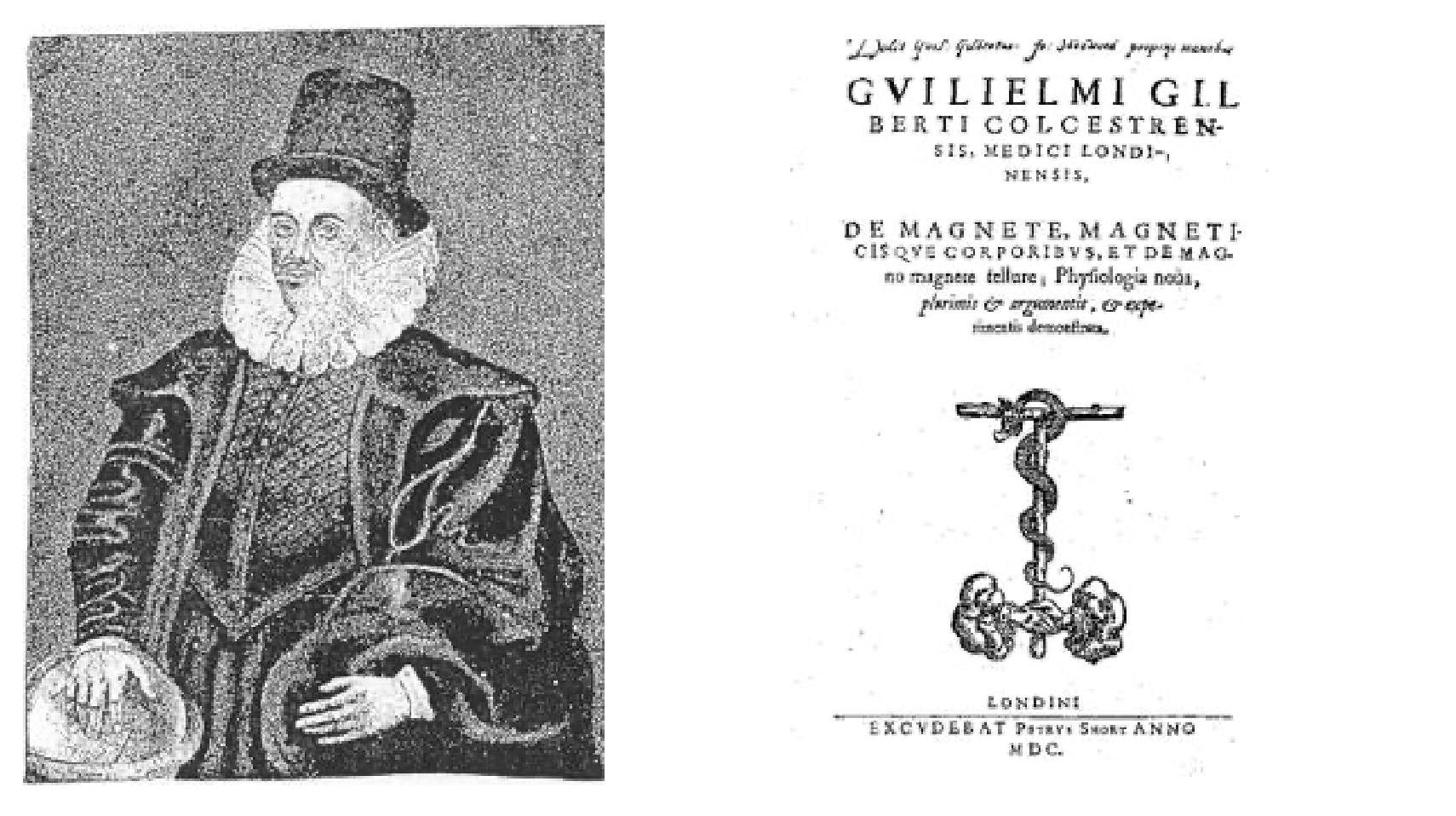 William Gilbert wrote De Magnete, arguably the first ever scientific text, in 1600. The book starts with a resolve to strip away all myth from the subject and reason from observation: "In follies and fables do philosophers of the vulgar sort take delight; and with such like do they cram readers a-hungered for things obtruse, and every ignorant gaper for nonsense. But when the nature of the lodestone shall have been by our labours and experiments tested, then will the hidden and recondite but real causes of this great effect be brought forward, proven, demonstrated...and the foundations of a grand magnetic science being laid will appear anew, so that high intellect may no more be deluded by vain opinions"

Gilbert's observation of the magnetic dipole field of a lodestone terella and other shapes of magnets led to the brilliant insight "Magnus magnes ipse est globus terrestis"- the Earth itself is a great magnet. A key idea was the Orbis Virtutis(below left)-the sphere of influence of the magnet, which influenced Kepler in formulating his laws of planetary motion and was forerunner of the field concept.

Gilbert was a believer in an animistic philosophy, and despite its modernity, the six books of De Magnete are cast in animistic and anthromorphic terms.

The first person to break free from the animistic idea of the lodestone possessing a soul was the 17th century philosopher and physicist René Descartes, who offered the first theory with a recognisable image of the magnetic field. He believed in effluvia of "threaded parts", which preferred to travel through lodestone or iron rather than air, and propagated by passing through a network of one-way ducts in the earth or in iron. Lodestones have the best ducts, with fur-like cilla which must be undamaged if magnetism is to persist.

By re-establishing confidence in the power of reason and by postulating a dichotomy of the soul and the body, Descartes laid the foundations for the birth of theoretical science and opened the door to the study of nature on her own terms.

But it was not to be all plain sailing...