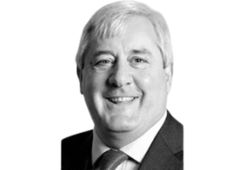 Paul Drechsler CBE is the Chairman of Bibby Line Group, Chairman of London First, Chairman of Teach First, Chancellor of Teesside University,  Member of Board of International Chamber of Commerce (UK) and member of the Trinity Business School Advisory Board. He was President of the Confederation of British Industry 2015-2018 and Chairman of the UK National Skills Funding Agency Advisory Board until September 2015.

Paul was appointed Chief Executive of Wates Group in September 2004 and was Chairman and Chief Executive from 2006 until 2013.  Prior to joining Wates, he spent 24 years with ICI plc, holding main board and senior positions; living in the UK, Brazil, the USA and the Netherlands. Paul is an engineering graduate from Trinity College Dublin and received an Honorary Degree from the university in June 2018.