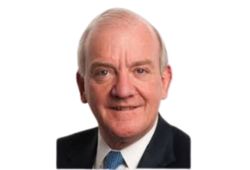 Patrick O’Sullivan is Chairman of Saga Group plc and Chairman of ERS (Syndicate 218) Limited at Lloyds of London since 2013. He was Chairman of Old Mutual from 2010-2018 and was Deputy Governor of Bank of Ireland from 2011 to 2015.

Patrick is a former Chairman at UK's Shareholder Executive and a former Senior Independant Director at Man Group. He was Vice Chairman of Zurich Financial Services from 2007 to 2009. Earlier in his career, Patrick was CFO of the ZFS Group and CEO of Eagle Star Insurance Company.  He held positions at Bank of America, Goldman Sachs, Financial Guaranty Insurance Company and Barclays/BZW. He was educated at Trinity College, University of Dublin and London School of Economics.