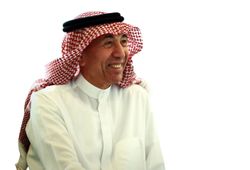 Issam Alsabban graduated from Trinity in Business Studies in 1971. He joined the family business, the Sabban Group, in 1973 and assumed the role of Chief Executive Officer in 1976. Under his stewardship the family business quickly expanded from pharmaceuticals distribution into property development, hotels, hospitality and furniture retailing.

Issam ensured that the Sabban Group continued to remain relevant with a focus on disruptive technology and venture capital in his role as CEO until 2010. He has now retired as CEO assuming the role of Chairman where he remains actively engaged.