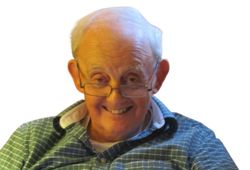 Eric Lowry became a chartered accountant after graduating from Trinity in 1965 with an economics and politics degree. He joined Harris Corporation , USA, and was for 7 years General Manager of a European division with a factory in Slough, UK. For the next 25 years he worked through his own company going into companies in trouble as MD such as UK Optical, Hurst Gunson, Cooper, Taber and Thurne Engineering. In 2012 he sold an engineering company in which he had a majority interest. Eric is Now retired.