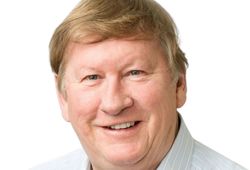 Dermot Smurfit is Chairman of John Menzies plc, Aviation/Distribution and Chairman of AustroCel Hallein GmbH. He has spent over 40 years working in the paper and packaging industry mainly with Jefferson Smurfit Group Plc. In 2005, he became Chairman of Powerflute Oyj which was successfully floated on the London AIM market in 2007 and retired in December 2016.

He is a former Chairman of the World Containerboard Organisation, of ML Capital, of FEFCO and of Eurolink Motorway Services Limited and former Director of ACE Limited, and Aon BV. He was a Non-Executive Director of Timber Capital Limited/Forest Company until January 2017. Dermot was awarded with The Knight, First Class of the Order of the Lion of Finland in November 2014 for Services to Business.

He is a vice-President of the Royal National Institute of Blind People (RNIB) and a member of the Foundation Board of Limerick University. Dermot became an honorary Doctor of Business Administration for the International Management Centres in 1998.