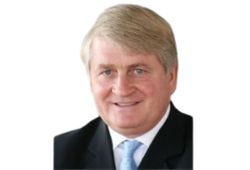 Denis O’Brien, 1977 University of Dublin alumnus and patron, is an entrepreneur and philanthropist from Dublin who has founded several companies and global philanthropic organisations.

After earning his MBA from Boston College, O’Brien started Communicorp in 1989, which was acquired in 2021. In 1991, he founded Esat Telecom, where he was founder, CEO and chairman for almost a decade before selling the company in 2001. Using the funds from the sale of Esat, Denis O'Brien founded Digicel Group, a Digital Operator with millions of customers across over 31 markets serving consumers and businesses. O’Brien is chairman of Digicel.

As a philanthropist, O’Brien believes in “philanthrocapitalism”—a commitment to reinvesting in the communities where he does business. O’Brien’s Digicel Foundation has invested US$156 million across Haiti, Jamaica, Papua New Guinea and Trinidad and Tobago to create educational access, build schools, bring pandemic resources to underserved populations, restore hurricane damage, help with disaster preparedness efforts and more.

In addition to the Digicel Foundation, O'Brien is a strong advocate for human rights and those with special needs. O’Brien also works to provide underprivileged groups with technology and internet access. He is the founder of the Iris O’Brien Foundation, co-founder of Front Line Defenders, chairman of the Council of Patrons for Special Olympics Ireland, a Concern Worldwide board member and chairman of the Haiti Action Network. O’Brien also serves as a Broadband Commissioner for Digital Development with the United Nations.