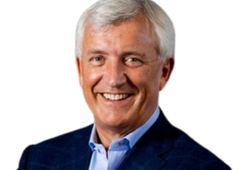 David has over three decades of experience in banking and financial services in both the UK and internationally. Prior to joining the Group, David was CEO of Allied Irish Banks and previously CEO of Standard Bank International where he had responsibility for operations in Asia, Latin America, the UK and Europe. Prior roles include Head of Global Wholesale Banking Network of ING Group and President and CEO of the ING wholesale franchises in the US and Latin America. Earlier in his career, David worked with Goldman Sachs International in various senior positions including Head of Human Resources Europe.

David is Senior Independent Director of UK Finance Limited, a Board member of the Northern Powerhouse Partnership and is the HM Treasury Fintech Envoy for England.