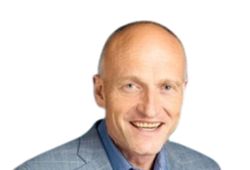 A graduate of Trinity College, David Bobbett trained as a Chartered Accountant with KPMG. David joined H&K International in 1985 and held a number of executive positions in the European between 1985-1995, becoming Managing Director, Europe in 1996. David was appointed Group COO in 1999 and Group CEO in 2002. David went on to lead a management buyout of the business in the same year.