Trinity is committed to equality between women and men, and the right of all members of our community to be treated equally regardless of gender identity or gender expression. 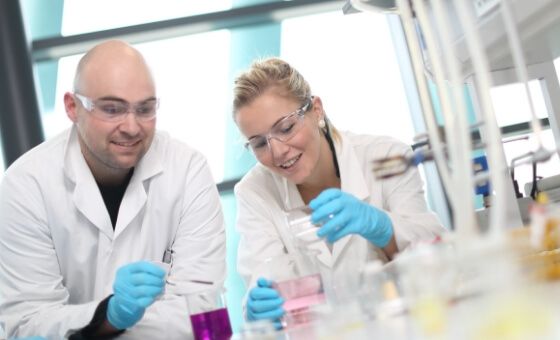 The Athena SWAN Charter was established in the UK in 2005 to recognise commitment by higher education institutions to advancing the careers of female academic and research staff in Science, Technology, Engineering, Mathematics and Medicine (STEMM) disciplines. In 2015, Athena SWAN was launched in Ireland. In the same year, the Charter expanded to recognise work for gender equality more broadly, and it also now relates to Arts, Humanities, Social Sciences, Business and Law (AHSSBL) disciplines and to professional staff.

Trinity is very proud to hold a bronze Athena SWAN award for our institutional commitment to gender equality in STEMM. We are also delighted that three of our Schools (Chemistry, Natural Sciences and Physics) have achieved bronze awards. Work is ongoing to implement the commitments made in our Athena SWAN applications, and to strive for further achievement throughout the University.

Please visit the Diversity and Inclusion website for further information about Trinity's participation in the Athena SWAN programme, including our successful application documents.

The Trinity Centre for Gender Equality and Leadership (TCGEL) was established in 2017 to deliver the University's strategic objectives to advance gender equality. Recognising the work done by WiSER (Centre for Women in Science and Engineering Research, TCD) to recruit, retain, return and advance women in academic science, engineering and technology, its remit has been extended to all disciplines and support areas across the university through TCGEL.

The Centre for Gender and Women's Studies, part of the School of Histories and Humanities, "examines the representation and performance of gender, principally in western culture, and methodological approaches to its study, past and present". The Centre offers a taught M. Phil. programme in Gender and Women's Studies as well as opportunities for postgraduate research.

The Dublin University Gender Equality Society (DUGES) is Trinity's student society for gender equality (with regard to all gender identities). "Through relaxed movie nights, informative lectures and intriguing talks featuring notable guest speakers, the society brings together a diverse range of students to enable discussion and raise awareness" of gender issues.

Both the Students' Union and the Graduate Students' Union campaign for gender equality in many ways, whether by engaging in national movements (e.g. Repeal the 8th), international movements (e.g. HeForShe), or targeted actions in Trinity (e.g. sexual consent workshops). The SU's Feminists of Trinity campaign gives a flavour of the diversity of feminist thinking on our campus, and all students can get involved in the SU gender equality working group - just contact the Gender Equality Officer at genderequality@tcdsu.org.

International Women's Week takes place annually in Trinity around International Women's Day (8th March). The five-day festival celebrates women's achievements and promotes gender equality in all spheres of life. All staff and students are invited to participate in the week and/or contribute your own event to the schedule.

The Trinity Centre for Gender Equality and Leadership run a varied programme of events including talks, film screenings and information sessions. TCGEL also manage the application of Trinity staff to the Aurora women's leadership programme.

Trinity acknowledges and celebrates the wide range of genders as which staff and students may identify. If you are a transgender student or staff member, don't hesitate to contact your tutor, line manager or the Equality Office with any queries or concerns you might have.

Trinity is honoured to have won a Special Recognition Award for trans inclusion in the inaugural GLEN Workplace Equality Index (2015). Please note there is further information relating to Trinity's LGBT societies etc. in the Sexual Orientation webpage, and further information on transgender equality in the "Policy and Strategy", "Reports and Statistics" and "Legal Protections" sections of the current webpage.

The Equality Policy and the Dignity and Respect Policy protect all members of the University community from discrimination, bullying and harassment; this includes discrimination, bullying and/or harassment relating to gender (including transgender identities). Don't hesitate to contact the Equality Officer or the Dignity and Respect Contact Persons (listed in the policy) for advice on these matters.

Trinity's strategic plan 2020-2025 states: “Our strong commitment to values of inclusivity and equality also means that we will unrelentingly pursue our ambitious targets towards full gender equality under the Athena SWAN programme and the HEA National Review of Gender Equality in Higher Education Institutions (2016). We will develop a robust Equality, Diversity and Inclusion strategy which will drive these principles.”

Goal 5 (5.10, page 37) stated the University's commitment to “Integrate the SAGE Charter for gender equality into our policies and practices by 2021”.

Trinity also has a comprehensive Gender Identity and Gender Expression Policy which affirms the University's commitment to transgender equality and gives practical guidance around matters such as transition, terminology, etc.

Gender is a key theme in Annual Equality Monitoring Reports and the Board of the University has commissioned many in-depth reports on the relative representation of women and men in various aspects of Trinity life. The Trinity Centre for Gender Equality and Leadership (formerly WiSER) regularly publishes research in this area.

Trinity has also been involved in producing reports on transgender/intersex experiences at the national level, such as:

The Employment Equality Act 1998 (as amended) outlaws discrimination within employment related to nine grounds including gender (encompassing gender identity / expression); the Equal Status Act 2000 (as amended) also outlaws discrimination on the basis of gender, covering access to goods and services (including education). The promotion of gender equality is specifically stated as an objective of a university in the Universities Act 1997. Please see our legislation webpages for further information.

The Gender Recognition Act allows individuals over 18 to obtain official recognition of their true gender where this differs from the gender recorded on their original birth certificate. Ireland is one of only 5 countries in the world to allow self-determination of gender. Please click here for information on how to get a gender recognition certificate.

'If a female had once passed the gate..it would be practically impossible to watch what buildings or what chambers she might enter, or how long she might remain there.'

All this changed in the late 1960s. See what the women academics of the time have to say about the changes they've seen in the fantastic film "All Changed" by WiSER.

Today Trinity has many women among its College Officers and other senior academic and administrative posts. Illustrious female graduates include: