The Old Library in 2022: A year of great change

The monumental task of decanting the Library collections - involving a team of more than 75 staff and assistants - began last Spring, with a staggering 3.5 kilometres of books removed. 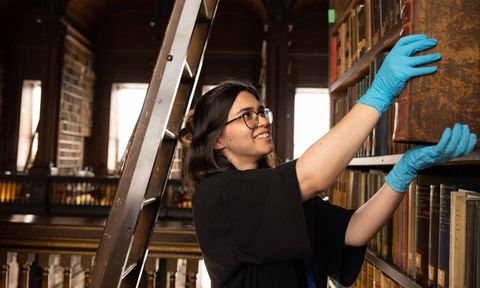 Image: Project assistant Tünde Kutle removes books from the old Library collections for cleaning - so far almost three and a half kilometres of books have been removed

2022 will be a year to remember for the Library of Trinity College Dublin. The monumental task of decanting the Library collections commenced last Spring as part of the Old Library Redevelopment Project.

The first book to be decanted was a 19th century publication, ‘Reeves’ History of the English law: from the time of the Romans to the end of the reign of Elizabeth’ and many more have followed. 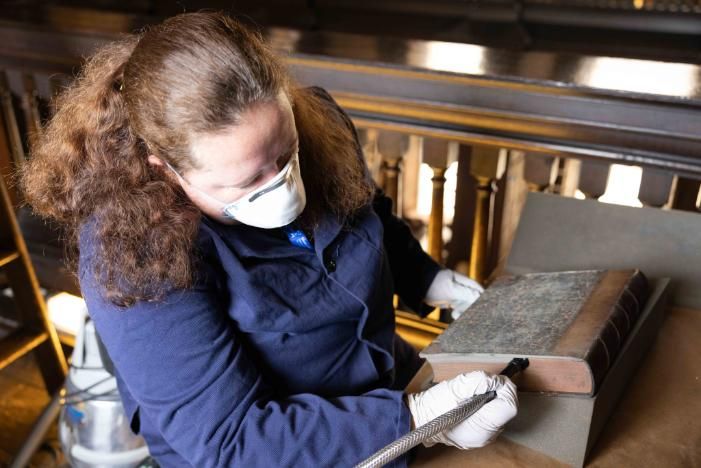 Above: Project assistant Patricia Bedlow vacuums a book for removal

The decant, led by the Library team, is a massive operation, with more than 50 Library staff assisted by over 25 project assistants. Significant care and consideration goes into moving a collection of this scale and the dedication of the Library team is impressive.

This is one of the largest decants of a heritage building in Ireland. As part of the decant process, each book is carefully cleaned with a specialised vacuum, measured, electronically tagged and linked to an online catalogue record, before being safely relocated to a climate-controlled storage facility. Above: Project assistant Bogna Stolarska measures for a slip case

Minister of State for Heritage and Electoral Reform, Malcolm Noonan visited the Old Library in October to see at close quarters the monumental task. 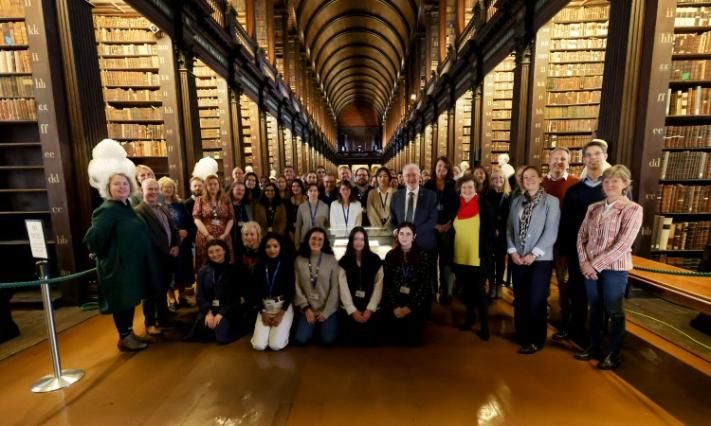 The Old Library Redevelopment Project is a transformative undertaking and is ensuring this 18th century Old Library building and its collections are conserved for the next century. 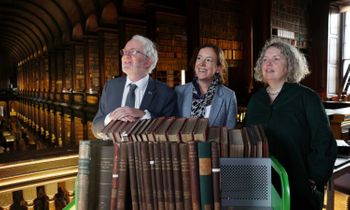