Ireland’s Last Great Auk housed in TCD’s Zoological Museum has undergone remedial repairs. The work involved conservation treatment on a range of specimens of extinct and endangered status. Financed by a grant from the Heritage Council, the treatment was carried out by Mr James Dickinson of Lancashire Conservation Studios, Preston.

The Great Auk (Alca impennis) was declared extinct in 1844 largely as a result of being hunted by man. The specimen was captured in Ballymacaw, off Brownstown Head, Co. Waterford in 1834 and was presented to the museum some ten years later by a Dr Burkitt. The Board of Trinity College Dublin conferred a ‘Great Auk Pension’ of £50 per year on Dr Burkitt as a token of its gratitude. There are only a few examples of the Great Auk remaining in museums worldwide today.

The Zoological Museum contains over 20,000 specimens dating back over 200 years. The wide diversity of animal life represented in the collection is a rarity in itself and unsurpassed in Irish, and most British, universities. Today, the museum which is part of the School of Natural Sciences remains a vital, non-renewable teaching research facility for students, staff and visitors. It contains many examples of extinct and endangered species including Ireland’s Last Great Auk, Tasmanian Wolf, Passenger Pigeon, Kakapo, Mammoth and Giant Irish Deer remains. The insect collections contain over 12,000 specimens many of which are of considerable national and international significance. The collection is further enhanced by over fifty glass models of marine-life, hand-made by the world renowned Blaschka family (c. 1860).

Part of the Zoological Museum’s original collection dates back from the Dublin University Museum founded in 1777. The present collection was moved to a purpose built building in 1876. Since then, the building has undergone considerable change and this inevitably impacted on the size and content of the museum. A fund raising appeal to the College’s alumni and friends enabled major refurbishment of the museum in 2005.  As a result, the museum has now achieved national acclaim, culminating in a ‘Best Collections’ award in May 2009.

If you would like to visit the Zoological Museum (first floor of the Zoology Building) which is open to the public by appointment, please contact the Curator, Dr Martyn Linnie at Tel 01 896 1679. 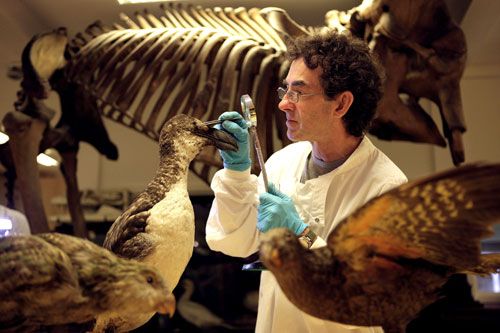 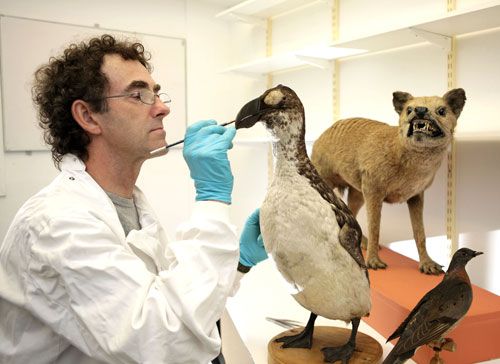