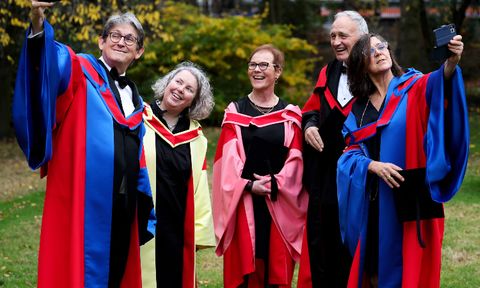 The recipients received Trinity’s highest honour from Trinity’s Chancellor Dr Mary McAleese at a ceremony conducted in Latin in the historic Public Theatre. Highlights of the day can be viewed here.

More on the awardees:

Noeline Blackwell has a virtually unmatched level of contribution to the advancement and protection of human rights in Ireland over the last thirty years. Having worked as a solicitor for over 20 years, specialising in refugee and immigration law, she was appointed as Director General of the Free Legal Advice Centres (FLAC) in 2005. Her service to FLAC, in promoting the causes of the most vulnerable in Irish society, to ensure that they were properly legally represented was remarkable. When she stepped down from this role, eleven years later, the Chairman of FLAC Peter Ward SC spoke of the ‘deeply significant and lasting contribution’ that she had made both to FLAC ‘…and more widely to the promotion of equal access to Justice in Ireland’, helping FLAC to ‘…bring a spotlight on the legal issues impacting on the poorest and most marginalised people in Irish society’. In 2016 she left FLAC in order to become the Chief Executive of the Rape Crisis Centre. In this context she has again used her remarkable legal skills to advocate for and protect the interests of victims of rape and sexual abuse. In particular, it is notable how significant her contribution to public discourse on these issues was during the pandemic when statistics indicated a sharp increase in incidences of rape, sexual assault and violence against women. More generally, however, her contribution to public bodies engaged in the fight for human rights is simply exemplary. She was a former trustee and board member of Front-Line Defenders, the Citizens Information Board, Amnesty Ireland and the Immigrant Council of Ireland. She was a former Vice President of the International Federation for Human Rights. She is currently the Chairperson of the Child Law Project and of the Independent Patient Safety Council. In all aspects of her work, she has shone a light on contexts where the rights of the most vulnerable people in society are under attack, and through her work she has enhanced and developed the protections for such people. 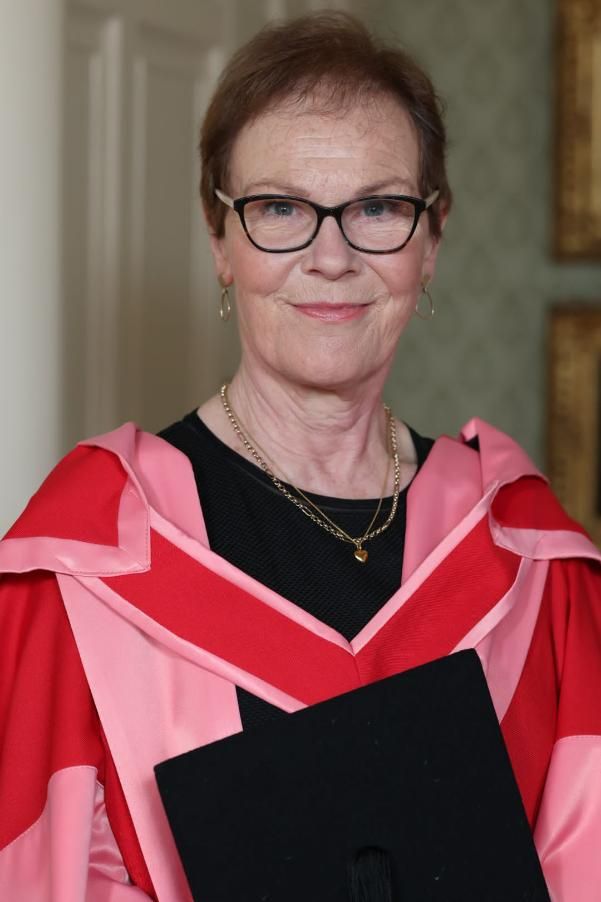 “The language she uses is clear, simple, direct: “You are hurting a human being, and why would you do that?” And again, “Respectful behaviour: what’s not to love?”. Let us show her our commitment to respect, courage and compassion with our warmest assent, for, as she often reminds us, “we have to be very clear about what we stand for.”

Dorothy Cross is an Irish artist at the forefront of contemporary practitioners.  She is a member of Aosdána. Her work is an essential inclusion in Irish State Collections and was the subject of a retrospective at the Irish Museum of Modern Art (2005).  Internationally, her work is included in major collections such as Tate London and she represented Ireland at the Venice Biennale (1993), the Istanbul Biennial (1997), and in many touring shows. She first came to public notice in 1988 with an exhibition at the Douglas Hyde gallery in Trinity. Her work features in the College Art Collection as well as in various taught modules and research in the History of Art Department. Her work is widely recognised for its probing visual enquiry, both intellectual and emotional. She typically challenges stereotypical dimensions of geo-political, societal, socio-religious, and gender identity, as well as exploring concepts of history and memory, of cultural identity, and the relationship of man with nature. Cross has fearlessly confronted established perspectives, generating debate and re-conception of otherwise entrenched perspectives. 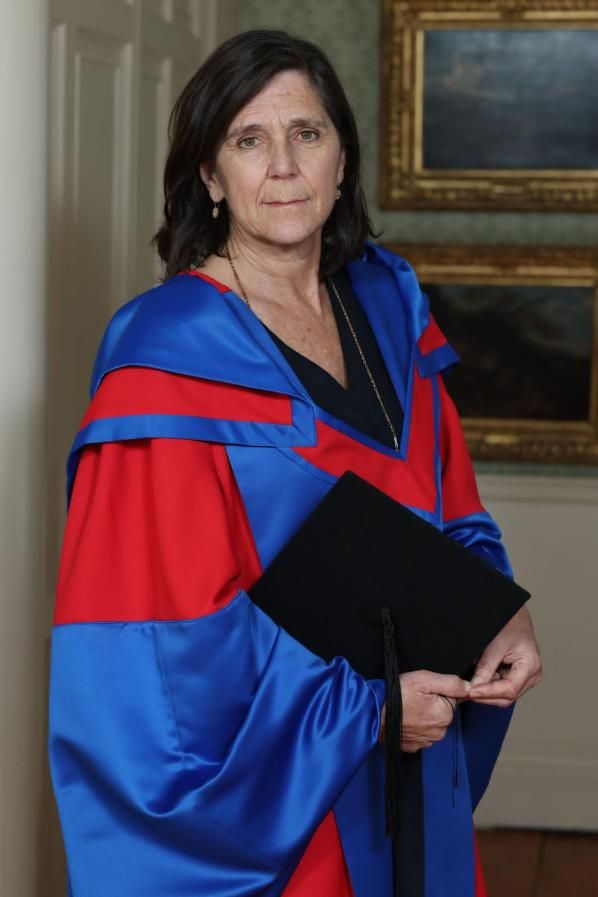 The Public Orator said of the artist:

“Contemplating a work of Dorothy Cross – sculpture, photograph, video or opera – is an arresting encounter with unsuspected depths of signification. She brings nature into art and art into nature through breath-taking juxtapositions of materials and forms. Elements of all natural realms, physical, visual and phonic, each with its own story, merge into an unprecedented bold presence that demands a different view.”

David Ford is Emeritus Regius Professor of Divinity, University of Cambridge. Originally a foundation scholar of classics at Trinity College Dublin, throughout his subsequent career Professor Ford has shaped the field of theology and religious studies, authoring Christian Wisdom, The Future of Christian Theology, and the leading textbook on modern Christian theology in the English-speaking world, with books translated into many languages. Ford has made an exceptional contribution in interfaith work with many religious traditions. As one of the founders of Scriptural Reasoning, he played a leading role in generating new modes of engagement for interfaith relations in the post-9/11 world. In 2002 he became founding Director of the Cambridge Inter-Faith Programme. In 2007 he helped launch a letter by 138 Muslim scholars to 25 Christian leaders, calling for peace and reconciliation for the survival of the world, and he is currently board

co-chair of the Rose Castle Foundation that gives training in reconciliation and interfaith engagement. He also chairs Lyn’s House, a community of friendship between people with and without learning disabilities, founded by his wife, Deborah. His most recent book, a commentary on the Gospel of St John (2021), took him twenty years to write, and has received significant scholarly and popular acclaim. His numerous awards include the Sternberg Foundation Gold Medal for Inter-Faith Relations (2008), the Coventry International Prize for Peace and Reconciliation (2012) and an Honorary OBE for services to theological scholarship and interfaith relations (2013). 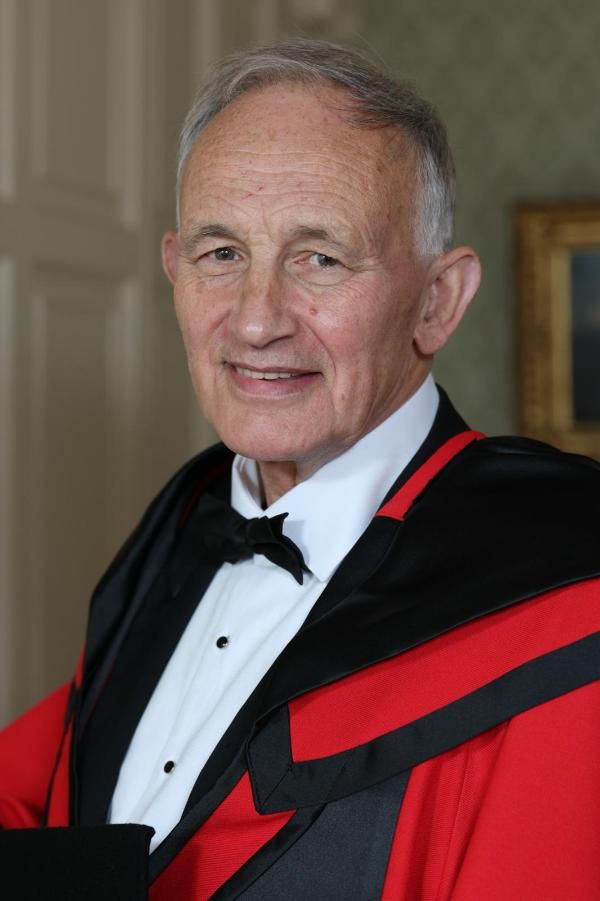 “His scholarship has transformed our way of thinking about faith and religion. These experiences shape our lives. And diverse experiences, if we are willing to understand and respect differences, have the power of bringing people together towards a future of peace and light.”

Alan Rusbridger has been editor of Prospect magazine since 2021. For six years he was Principal of Lady Margaret Hall (LMH), University of Oxford; and, for 20 years, editor-in-chief of the Guardian. He has made a remarkable contribution in two distinct areas. The first as a fearless newspaper editor, becoming a champion of a freely available, online press, for which he helped develop a sustainable business model. He took the Guardian from a national publication with a circulation of four hundred thousand to an international digital publication with an audience measured in hundreds of millions. In 2013 he took the decision to destroy hard drives containing information leaked by Edward Snowden rather than comply with a government demand to handover the data and/or cease publication. His journalism won multiple awards including the Pulitzer Prize for Public Service. The second area of distinction is his commitment to increasing student access to Oxford University. During a visit to Trinity in 2015, Rusbridger recalls, a conversation with the Provost on the challenge of broadening student access to leading Universities. Inspired by the success of the TAP programme, he returned to Oxford determined to develop a foundation year and in 2016 he managed to persuade the LMH Governing Body of the need for this. Oxford has subsequently announced that by 2023, 25% of intake would be from underrepresented student groups. Both Oxford and Cambridge Universities have followed Trinity and LMH in announcing their own Foundation Year schemes, involving around one hundred and twenty students a year. Following an outstanding career as the foremost editor of his generation, Alan Rusbridger has transformed the admission systems in Oxford, which will benefit thousands of young people from low-income backgrounds for generations to come. Outside of his main professional roles, Rusbridger is a member of the Facebook Oversight Board, the first attempt at independent content regulation by a big tech player. He chairs the Reuters Institute for the Study of Journalism and is on the New York-based Committee to Protect Journalism. A keen musician, he was Chair of the National Youth Orchestra of Great Britain and on the board of the Royal National Theatre. His books include Play it Again; Breaking News; and News and How to use it. 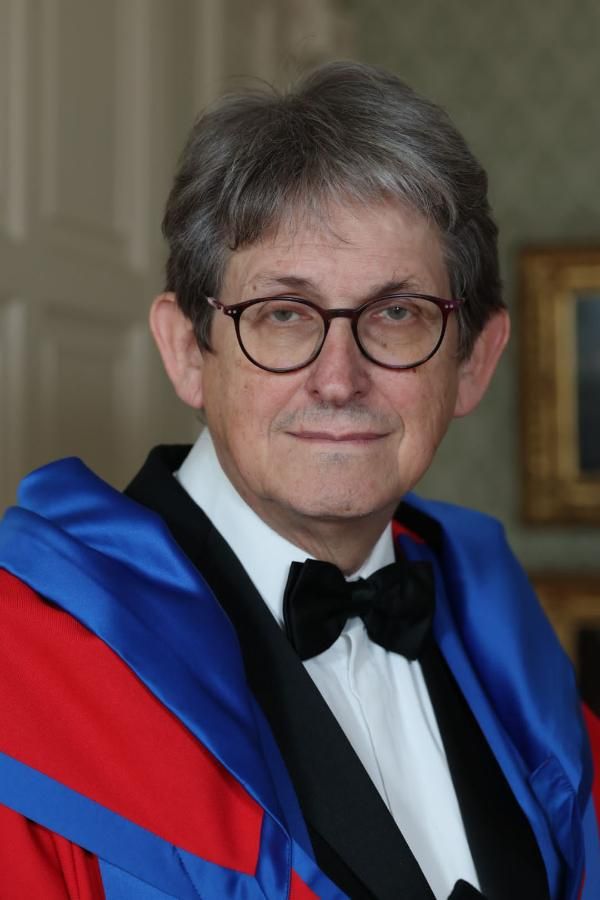 “His uncompromising ethics and astonishing vision have left a long-lasting mark. An intrepid defender of independence of thought and freedom of speech, of transparency and authenticity, for over forty years – twenty as editor – he has both reaffirmed what good journalism is and launched it into the digital world for everyone to access.”