Zoology student, Gwendoline Deslyper, will seek to tread in some illustrious footsteps after winning a prestigious studentship to pursue PhD studies with a focus on parasite biology at Trinity.

Gwendoline will conduct important research in the same field as Trinity alumnus and 2015 Nobel Prize winner, Professor William C Campbell, whose landmark contribution to the world sprung from his work on the biology of roundworms, which yielded a novel therapy to treat people infected with the parasites.

Gwendoline is in the first year of her PhD at Trinity, and is also the recipient of a highly competitive Irish Research Council postgraduate award. Her research involves the mechanisms of resistance and susceptibility to the parasitic roundworm infection, Ascaris, which continues to impart severe health consequences (and sometimes death) on millions of people living in the developing world. Children are particularly at risk. 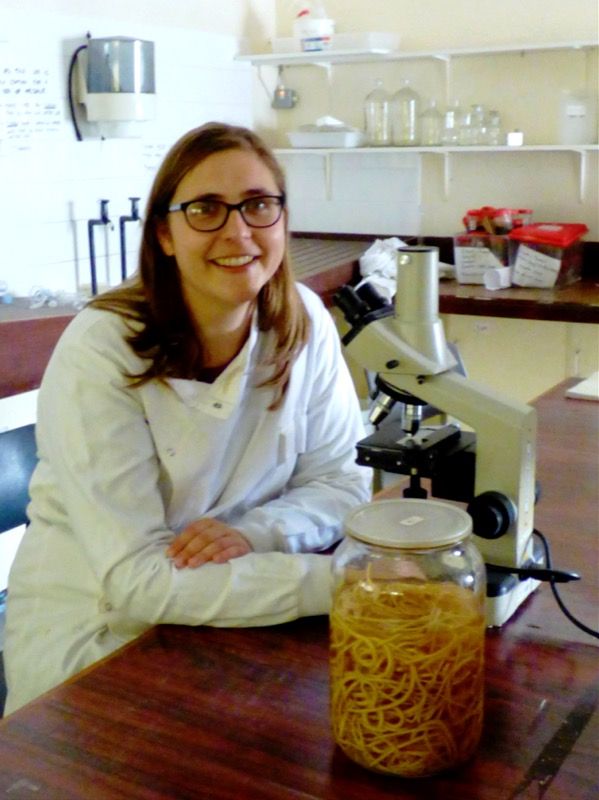 PhD Candidate in Zoology at Trinity, Gwendoline Deslyper, said: “This scholarship will allow our research team to enhance understanding of one of the world’s most neglected diseases. In so doing, we will take another step towards improving the lives of the one billion people who are infected, and who live with the consequences.”

As an added thread to the Zoology at Trinity narrative, Gwendoline’s studentship is named after Professor Frank Jeal, who taught generations of undergraduates in Zoology from his appointment in 1965 until his retirement in 2001. He continued to teach as an Adjunct and Associate Professor until the end of 2016, and sadly passed away only last month.

Head of Zoology at Trinity, Professor Yvonne Buckley, said: “Frank Jeal was passionate about zoology and he inspired and guided 50 years of students at Trinity. It is entirely fitting that this scholarship in his name enables another Trinity Zoology student to further the study of zoology and its benefits for society."