The University Times has won an international award for the best non-daily student newspaper from the Mark of Excellence awards presented by the Society of Professional Journalism (SPJ) based in the US. 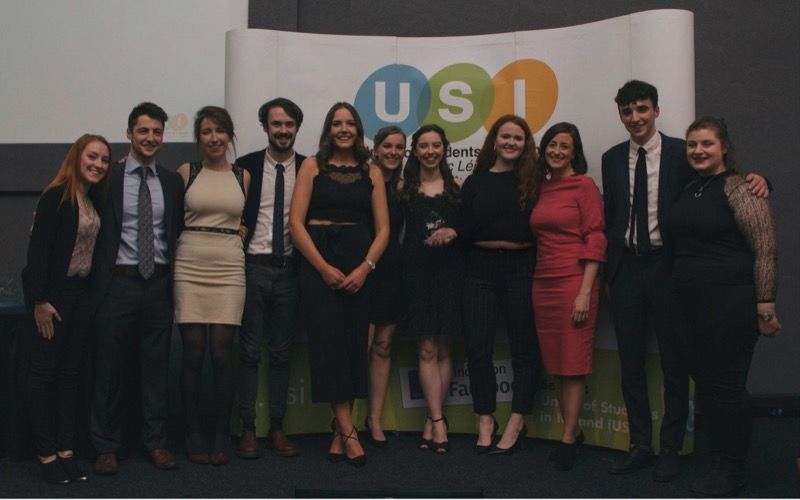 The awards honour the best in student journalism in the US as well as internationally across a number of areas including print, radio, television, and online. The University Times’ win will be acknowledged in September during the Excellence in Journalism 2017 conference which is to take place in California.

Editor of the University Times Sinéad Baker said: “To win this award from the Society of Professional Journalists is an honour that can be attributed to the extremely hard work and evident talent of the newspaper’s staff over the past two years. Since the creation of a full-time editor position two years ago, the paper has transformed and made constant efforts to better itself and become a truly world-class publication.

“To be recognised alongside such prestigious outlets in the US demonstrates the commitment of The University Times to be an authority on issues facing students and universities and to act as a testament to the work of every student who has become involved in the newspaper."

The award was based on three issues of the University Times, two from this academic year edited by Sinéad Baker and one from last year, edited by Edmund Heaphy. 12 finalists were selected from the SPJ’s regional conferences with the overall winners being announced last week.

The University Times beat out stiff competition from the student publications in the US including the Arizona Daily Wildcat and the Loyola Maroon from Loyola University.

Previously the University Times has won awards for Publication of the Year as well as Journalist of the year in the 2017 Student Achievement Awards as well as winning multiple awards in the US- based Society for News Design.

SPJ, founded in 1907, is one of the oldest organization in the world that represents journalists. In the US alone they have close to 300 chapters and more than 9,000 members of the media.