Astrophysicists from Trinity today brought the Mercury Transit to the Irish public as our solar system’s smallest planet moved across the face of the Sun for the last time until 2032.

Based by the Campanile in Trinity’s Front Square, the astrophysicists warmly welcomed anyone and everyone with an interest in the cosmos.

They assisted hundreds of people, young and old, in viewing the Transit through a high-power telescope, while Mercury’s progress was also screened live on a large-screen TV featuring real-time observations as seen from other locations around the globe. 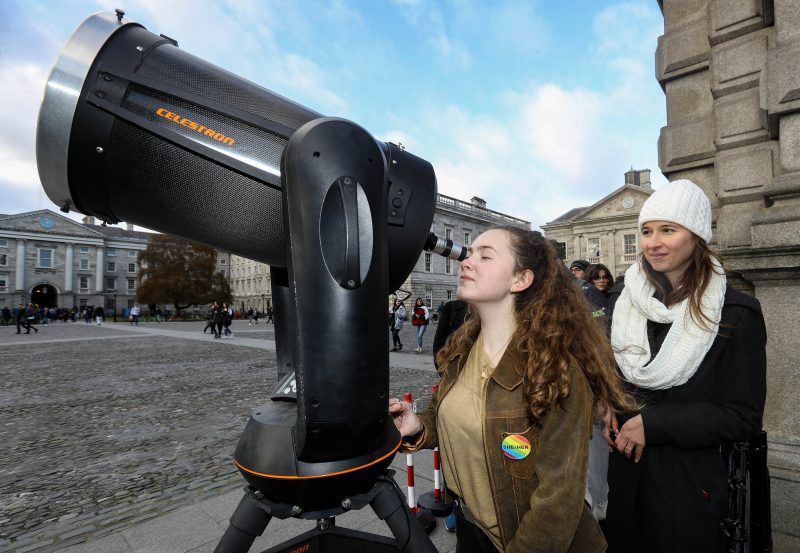 Mercury has a diameter of just 4,879 km, while the Sun is an enormous 1.4 million km across. But for a few hours earlier today, Mercury passed between the Earth and the Sun, giving us the opportunity to see its transit across the bright surface of our closest star.

There are only about 13 Mercury transits visible from Earth every century and it will be another 13 years before we get another chance to observe one in 2032.

Mercury appeared as a black dot on the face of the Sun, much too small to see without magnification. But the telescope, with a special solar filter, let members of the public see what the Sun looks like and enabled them to see the tiny planet moving through space across the vast face of our Sun.

There were plenty of experts from Trinity’s Astrophysics Research Group on hand to talk about this exciting event and to chat about the physics of our Sun, the science of planetary transits, and lots of new and exciting missions we are involved in. 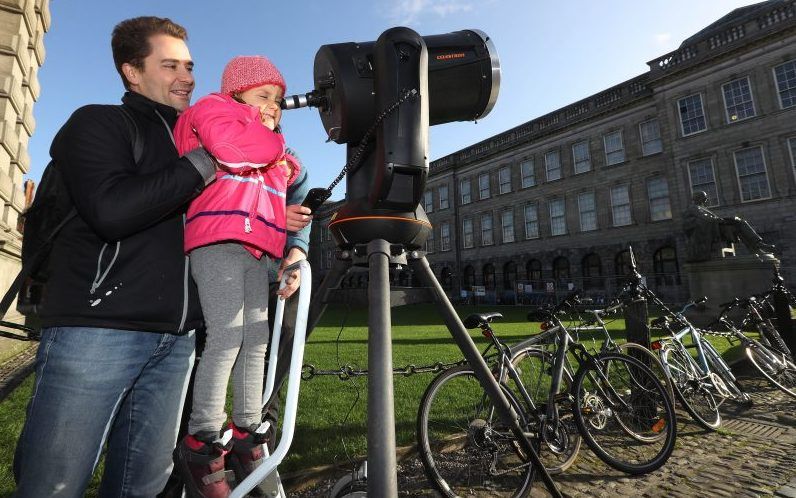 Planetary transits were hugely important throughout the history of science. They were key in proving Kepler’s revolutionary ideas that all the planets moved around the Sun in elliptical orbits, and also helped to provide accurate estimates of the distance from Earth to the Sun.

Professor Aline Vidotto, whose research at Trinity involves studying the interaction between exoplanets and their host stars, said:

Today, transits of planets orbiting other stars are used to find new planetary systems. More than 4,000 exo-planets are known today, three-quarters of which were discovered using planetary transits.

Transits are also important in revealing the atmospheres of alien worlds, which are studied by Professor Neale Gibson’s group in Trinity.