Trinity Sport, in association with Bank of Ireland, have just unveiled their 68 sports scholars for 2017-2018. Among the line-up is a world champion, several inter-county players and a pair of Olympic 2020 hopefuls.

Included on the high-performance pathway are:

Twenty-six of Trinity’s other rugby players were also recognised for their outstanding performances.

Matthew Dossett, Deputy Head of Sport and Recreation, commented: “With a significant number of applications received, the task of selecting the final Trinity Sport scholars for 2017/18 was a very challenging process, and on behalf of Trinity Sport, I’d like to thank everyone who took the time to apply. This has been the highest level of interest the programme has ever received, and underlines the further enhancements made to the services, support, expertise, and facilities, which are tailored to those on a high performance pathway. In particular, the introduction of the new Sports Performance Development Officer post, and other vital support staff, is fundamental to our ability to attract and support athletes of the highest standard.

“We are delighted to be able to support such a wide and diverse range of individual and team sports, and at the same time continue to add strength to the focus sport teams competing at the highest levels. The partnership with the Bank of Ireland is central to the delivery of the scholarships, and I’d like to extend our thanks to them and their superb team for their continued support.

“We once again have a great range of new scholars coming on board to work with us this year, along with a strong selection of returning athletes. There is some very exciting talent and potential throughout, and I am looking forward to seeing all those involved develop as individuals, students, and committed athletes over the coming months.”

Specialised strength and conditioning training, a dedicated medical care pathway, and financial support are just some of the benefits on offer to student athletes on the sports scholarship programme. Also, an event to celebrate this year’s scholars will be held in the Public Theatre (Exam Hall) on Monday November 27. 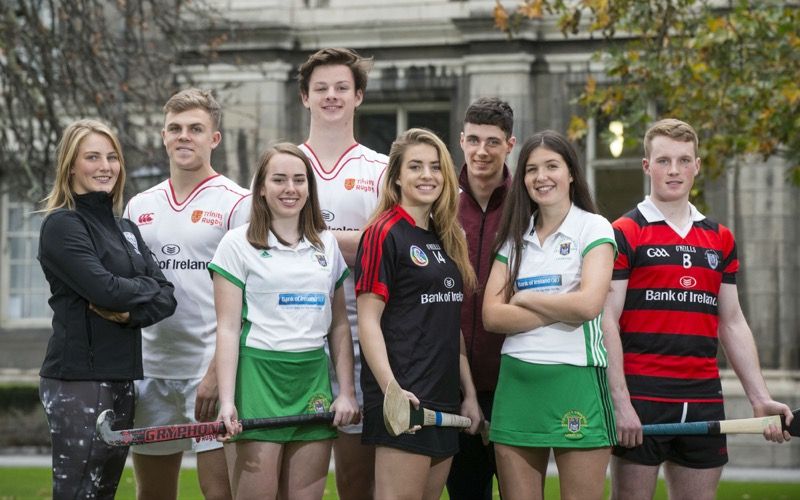