Trinity Professor of Moral Philosophy, Peter Simons gave his inaugural lecture on ‘Systems and System in Metaphysics’ on Friday, February 19th last.   In his lecture, Professor Simons explained that despite its welcome revival in recent decades, metaphysics or the science of being was again in danger of sliding into esoteric and other-worldly irrelevance. To counteract this tendency it was necessary to keep metaphysics in touch with both common sense and the sciences. He proposed how to ensure that: by recrafting the conceptual basis of metaphysics at a deeper level than usual, using a notion of formal factors, which underlie the division of objects into categories. In conjunction with a suite of indispensable cognitive operations which are not themselves metaphysical, this provides the framework for a comprehensive and systematic metaphysics, an endeavour of which analytic philosophy has often for historical reasons fought shy.

“To know what we mean by ‘systematic’ we first undertake an analysis of the notion of system, found in a variety of approaches across the disciplines. Like any other science, metaphysics must prove its worth by being applicable, and we conclude by showing how such diverse areas as biology, geography, engineering, information systems and enterprise management may be informed by metaphysical considerations,” explained Professor Simons. 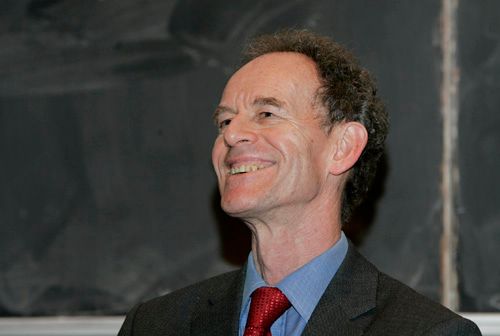 Peter Simons holds the Chair of Moral Philosophy (1837) at the School of Social Sciences and Philosophy, Trinity College. Prior to that he lectured at the University of Salzburg and was subsequently Professor of Philosophy at the University of Leeds.  His research focuses on metaphysics, both in general and in applications. He has also written extensively on the philosophy of logic and language, and the history of philosophy and logic especially in Austria and Poland, and has published over 200 essays. His book Parts  (OUP: 1987) brought the theory of part and whole to centre stage in modern metaphysics. From 1989-2001 he worked as a philosophical consultant in the software industry. He is a Fellow of the British Academy and currently chairs its philosophy section.