Trinity College Dublin’s Professor of Geography, Anna Davies was among the 18 new members of the Royal Irish Academy announced today, elected in recognition of their world-class contribution to science and the humanities.

Professor Davies is a leading figure internationally within the sustainable consumption research community and is Secretary to the European Platform on Sustainable Consumption and Production. She was recently a recipient of an ERC Consolidator Award for a project entitled SHARECITY, the first global study of city-based food sharing, its practice and sustainability potential. 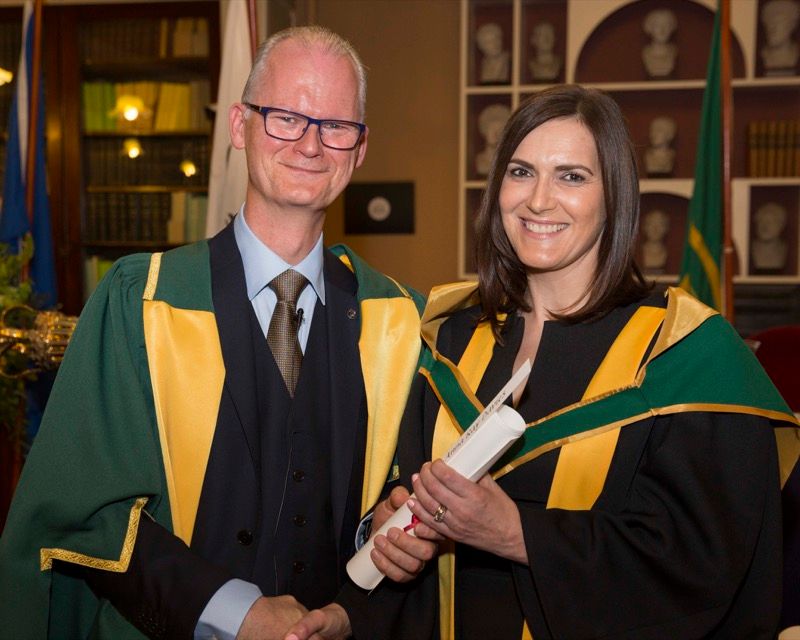 Since 1785 membership of the Academy has been awarded to persons who have attained distinction by their unique contributions to education and research. It is the highest academic honour in Ireland.

Professor Peter Kennedy, President of the Royal Irish Academy, said Ireland “should be immensely proud of these women and men who have brought international academic distinction to our country. As Members of the Academy, they will strengthen the Academy’s capacity to provide expert advice on Higher Education and Research policy”.

Trinity alumnus, Nobel Laureate William Campbell was elected as an Honorary Member of the Royal Irish Academy on 16 March 2017 but will be enrolled at a later date.