Trinity College begins two-year investigation into its colonial past

Trinity College Dublin is embarking on an extensive project to examine, interrogate and reflect on its complex colonial legacies.

An open competition will be held for a new 24-month postdoctoral research position based in the School of Histories and Humanities and the Trinity Long Room Hub Arts and Humanities Research Institute. The search for the right candidate begins today. 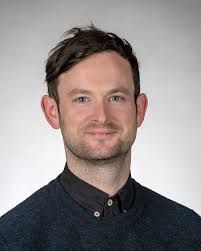 We are really excited about the Trinity’s Colonial Legacies project. It gives us an opportunity to have a critical conversation about Trinity’s multiple connections to empire. Ideally that would take place in an open and transparent process that is as inclusive as possible. We are a University community and debating ideas, legacies, and identities is a key part of what we do. 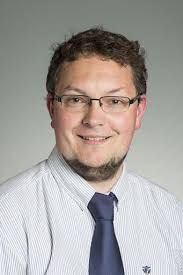 We are delighted to begin this research exploring Trinity’s multi-faceted connections to empire at home and abroad over the last four centuries and to contribute to an important ongoing public conversation within Trinity and within Irish society about our colonial legacies and how they have shaped our complex present.

This project is the outcome of many months of deliberation here in Trinity, sparked off by the important debates that arose from the Black Lives Matter movement. We are conscious that we, as one of the world’s oldest universities, have a particular responsibility to study our past, and to reflect the impact of Trinity as an institution on the lives of people, both positive and negative.

Trinity’s history has been bound up within wider narratives about colonialism, plantation and imperialism at home and abroad since its foundation in 1592.

Recently attention has been drawn to the fact that George Berkeley, the globally renowned philosopher for whom Trinity’s library was named following its completion in 1967, was also a slave-owner. This has prompted a public debate about Trinity’s financial and other connections to the slave trade.

An advisory board will oversee the work consisting of Trinity Chancellor and former President of Ireland, Mary McAleese, Prof Vincent Brown (Charles Warren Professor of American History and Professor of African and African American Studies at Harvard), Prof Finola O’Kane-Crimmins (professor of architecture at University College Dublin with a particular interest in the cultural and philosophical dimensions in history), Dr Phil Mullen (Assistant Professor of Black Studies in Trinity), Prof Clive Lee, Professor of Anatomy, RCSI, Dr Clodagh Brook (Trinity’s Vice Provost for Equality, Diversity and Inclusion and Associate Professor of Italian) and a student representative.

The examination will look, not just at slavery but also Trinity’s historical and intellectual connections to empire particularly, but not exclusively, in the Atlantic World. These connections were multi-faceted. Trinity’s fellows and graduates, including Edmund Burke and James Mullalla were active in producing critiques of slavery and in supporting early abolitionist movements, while the anti-imperial critiques and actions of the Trinity students involved in the United Irishmen are well known.

At the same time Trinity was redeveloping its curriculum to meet the demands of the British empire and it by the mid nineteenth century it had evolved into an exporter of colonial ideologies and servants. Connections have been established between College departments and imperial activities in India, Africa and East Asia involving current and former departments ranging from Anatomy to Zoology, from Divinity to Engineering.

These connections need further historical interrogation as do the collections built up by academics, librarians and other College personnel ranging from ethnographic collections built up in the west of Ireland to precious manuscripts collected in Asia to zoological and other specimens gathered across the globe.

These investigations will allow the university and the public to gain a better understanding of Trinity’s place in the wider world.

The study will also look closer to home as the College itself was, arguably, an instrument of colonialism within Ireland. Like other European universities at the time, Trinity was the beneficiary of the seventeenth century land confiscations. Such confiscations happened in Ireland on a greater scale than elsewhere, enriching the Fellows and continuing to provide revenues for the College until the end of the twentieth century.