Trinity celebrates the 425th anniversary of the University

Trinity celebrated 425 years of the university’s founding with a special commemorative symposium this evening opened by An Taoiseach, Leo Varadkar. 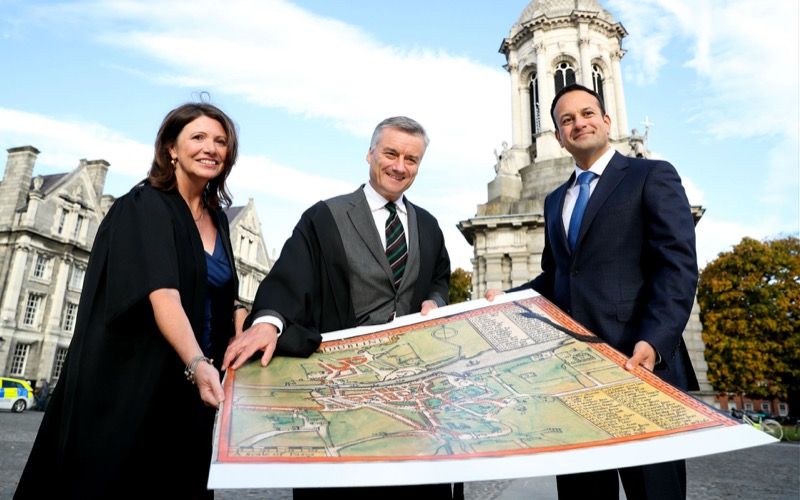 On opening the event, An Taoiseach, Leo Varadkar, said: “Trinity is one of the world’s great universities and for more than 400 years has been at the centre of debate and scholarship. Its beautiful historic campus at the heart of our capital city is an iconic part of Dublin life. Trinity has educated and inspired thousands of students over the centuries, and is widely recognised for the high quality of its graduates, the international standing of its research and scholarship, and the value it places on contributing to Irish society and the wider world. I believe that education is the single best route to a better life, and I congratulate Trinity on being a leader in the area of access to higher education, and for working to provide greater opportunities for all our citizens. All these achievements are something we should celebrate and it is a great source of pride to me to be the first Taoiseach to be an alumnus of Trinity.”

Provost and President of Trinity, Dr Patrick Prendergast introducing the commemorative event said: “The history of Trinity reflects the history of Ireland over the past five centuries. For this symposium, we have invited six historians, an archaeologist, and a poet to reflect on the university’s past, and its place in, and contribution to, Ireland over the centuries. Their addresses will coalesce into a fascinating overview of the forces and themes which have challenged and inspired Trinity, Dublin and Ireland since the end of the 16th century.”

The university was founded in 1592 by charter of Elizabeth I, on petition by Dublin’s leading citizens. Since that date, Trinity has grown from a small 16th century community of theology students into today’s large multidisciplinary university of 17,000 undergraduates and postgraduates; the Library has expanded from a starting collection of thirty books and ten manuscripts into an infinite richness of resources, both physical and digital; and from the site of the old Priory of All Hallows on the then outskirts of Dublin, the campus has stretched from College Green to Westland Row and recently expanded along Pearse Street to the Trinity Technology and Enterprise Campus at Grand Canal Dock. 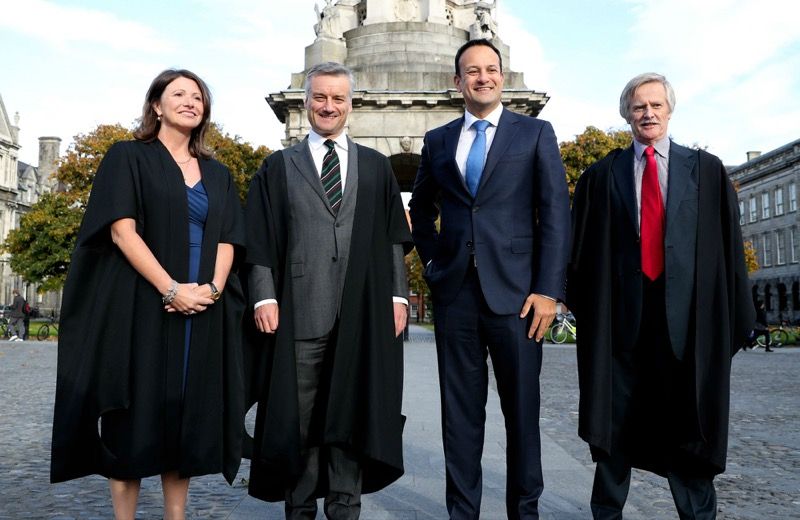 Taking us through the centuries were Dr Elizabethanne Boran, Librarian of the Edward Worth Library, Professor  Michael Brown of the University of Aberdeen, Trinity’s Professor Patrick Geoghegan,  Dr John Bowman, Honorary Fellow of Trinity, Historian and Broadcaster, Fiona Fitzsimons, Research Director of Eneclann, along with archaeologist Linzi Simpson  and poet Paula Meehan.

Each of them brought their historical perspective and analysis to the occasion. Professor Michael  Brown on Trinity College in the eighteenth century said: “Thinkers, writers and critics all graduated from its rosters and made a substantial contribution to the debate about Ireland's place in European and Anglophone culture.”

The event culminated with the Provost’s own presentation on Trinity in its fifth century. He looked at recent history, and the national and global trends in higher education which were likely to determine the future and what could be predicted about the remaining 75 years of Trinity’s fifth century. 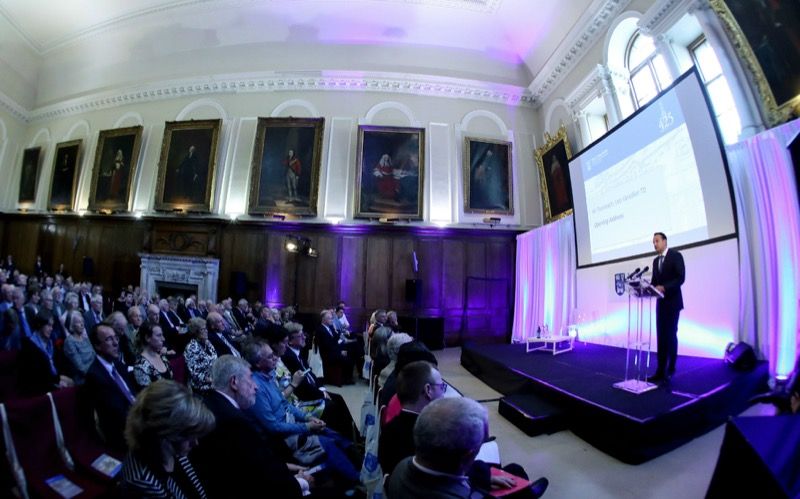 In his presentation, Dr Prendergast  emphasised the vision of an inclusive Trinity central to Dublin and Irish life: “We are the University of Dublin with a tradition of engagement with this city and country. Equal educational opportunity forms a foundation stone of the education we offer. It is embedded in all that we do including our great research that goes to address global challenges.”

Click here for the Provost's address to the Trinity 425 symposium.