Scots Pine is Irish Through and Through

Botanists from Trinity College Dublin have re-written Ireland’s natural history books by discovering that Scots pine trees are in fact native to the country, and that they have been thriving in County Clare for thousands of years. The tree is important in providing habitat for many of Ireland’s native flora and fauna.

Scots pine was one of the first trees to colonise Ireland after the ice sheets of the last glaciation finally melted, some 12,000 years ago. Despite its initial abundance it gradually declined to disappear from most parts of the country about 4,000 years ago. This widespread former abundance of pine is clearly evident from the pine stumps often exposed through turf cutting.

Scots pine lingered on in a few locations for a further 2,000 years but was presumed to have disappeared completely until it was reintroduced from Scotland in the 17th century through planting. The local extinction of pine in Ireland was replicated in England, Wales, Belgium, the Netherlands and Denmark.

However, a research team led by Professor of Quaternary Ecology in Trinity’s School of Natural Sciences, Fraser Mitchell, has confirmed that the tree never died out in Co. Clare.

Professor Mitchell said: “All of these trees found in Ireland today were assumed to be descendants of the introduced Scottish stock, but that’s not the case. We analysed pollen grains preserved in lake sediments to look into the natural history of this species, and those grains revealed its continual presence over the years at a location in east Clare.” 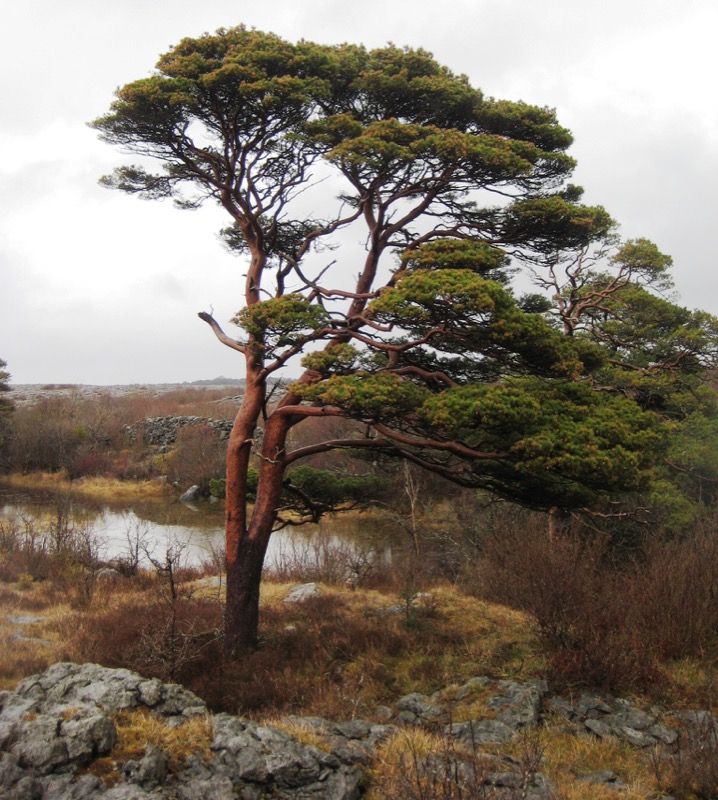 PhD Researcher in Trinity’s School of Natural Sciences, Alwynne McGeever, is the first author of the study.

She added: “We haven’t found a new species but we have confirmed that Scots pine (Pinus sylvestris) should now be added to the list of native Irish trees. We have also demonstrated a research approach that can be applied to explore the native status of this tree in other countries."

"The relevance for Ireland is that we can now select native stock of pine for local provenance planting in conservation programmes like the Native Woodland Scheme.”

The results of this research appear in the leading international publication, the Journal of Biogeography.

The Trinity team’s work started seven years ago with research undertaken by Jenni Roche, who uncovered the initial evidence. This has been followed by further research by Alwynne McGeever, to confirm the continual survival of pine at the site.

Previous work by this research team has also shown the importance of Scots Pine for the conservation of other native flora and fauna. Scots Pine growing in Ireland today provides a habitat for almost 15% of native Irish plant species.

Alwynne McGeever added: “Scots Pine also creates habitats for native Irish fauna, including many bird species. The increased conservation of Scots Pine that will result from our findings in Co. Clare will also benefit the conservation of many other Irish plants and wildlife. This work really shows the importance of understanding the past of our Irish biodiversity to best inform conservation efforts for its future preservation.”