Scientists from Trinity believe they have pinpointed our most distant animal relative in the tree of life and, in doing so, have resolved an ongoing debate. Their work finds strong evidence that sponges – not more complex comb jellies – were our most distant relatives.

Sponges are structurally simple, lacking complex traits such as a nervous system, muscles, and a though-gut. Logically, you would expect these complex traits to have emerged only once during animal evolution – after our lineage diverged from that of sponges – and then be retained in newly evolved creatures thereafter.

However, a debate has been raging ever since phylogenomic studies found evidence that our most distant animal relatives were in fact comb jellies. Comb jellies are considerably more complex than sponges, using a nervous system and muscles to detect and capture prey, for example, and a through-gut to help them digest it.

As such, if they were our most distant animal relatives, it would seem likely that the complex traits they evolved were later lost in simple animals such as sponges, or that they evolved twice over the course of evolutionary history – once in comb jellies and again, independently, in humans, sharks, flies and other related animals that have them. 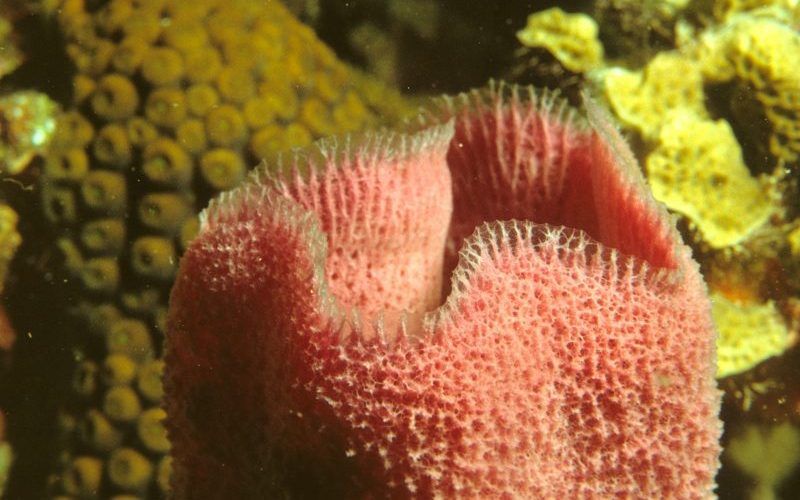 “It may seem very unlikely that such complex traits could evolve twice, independently, but evolution doesn’t always follow a simple path. For example, birds and bats are distantly related but have independently evolved wings for flight.

However, instead of comb jellies, our improved analyses point to sponges as our most distant animal relatives, restoring the traditional, simpler hypothesis of animal evolution. This means both that the animal ancestor was simple and that muscles, and the nervous and digestive systems, although further elaborated upon in many lineages, have a single origin.”

Comparing genomes to assess how species are related is a lot harder than it sounds. There are multiple different methods for doing so and different methods reach different conclusions – hence the disagreement as to whether sponges or comb jellies are our most distant relatives.

To resolve the debate, the Trinity team developed a new approach to analysing the amino acid sequences that make up an animal’s proteins. Their approach reduced the errors associated with the all-important comparisons.

Natural selection to maintain the shape and function of proteins means that any given amino acid in a protein will usually only change to other amino acids with similar biochemical properties during evolution, e.g. like-for-like substitutions with respect to features such as positive/negative charge.

Failing to account for this can lead to errors when reconstructing phylogenetic relationships, which the Trinity researchers believe led to the recovery of comb jellies as our most distant animal relatives in some previous studies.

Aoife McLysaght, Professor of Genetics in Trinity’s School of Genetics and Microbiology, and senior author of the research article, said:

“Our approach bridges the gap between two disagreeing methodologies, and provides strong evidence that sponges, and not comb jellies, are our most distant animal relatives. This means our last common animal ancestor was morphologically simple and suggests that repeated evolution and/or loss of complex features like a nervous system is less likely than if comb jellies were our most distant animal relatives.

“This is fascinating in its own regard, but it also represents an important step forward in phylogenomic research. Other researchers had come to different conclusions about our most distant animal relative, and that was the case even when they used the same data – they had just used different methods.

“Our new approach should be useful for similar studies in which scientists try to resolve how certain species are related to each other. This information is crucial to our understanding of evolution and can have important implications in other, related fields, such as biodiversity and conservation science.”

You can read the research article here.