The condition manifests initially with psychiatric and behavioural changes in patients followed by a rapid progression of dementia in the third or fourth decade of life. While the condition is very rare, for affected families it can represent a devastating diagnosis.

As the condition involves the degeneration of white matter in the brain, scientists previously thought that immune cells within the brain termed microglia were the primary culprits in driving pathology observed in this condition.

However, the Trinity team, working with patient samples as well as pre-clinical models, were able to show that dysfunctional circulating white blood cells were the key driver of neurodegeneration. 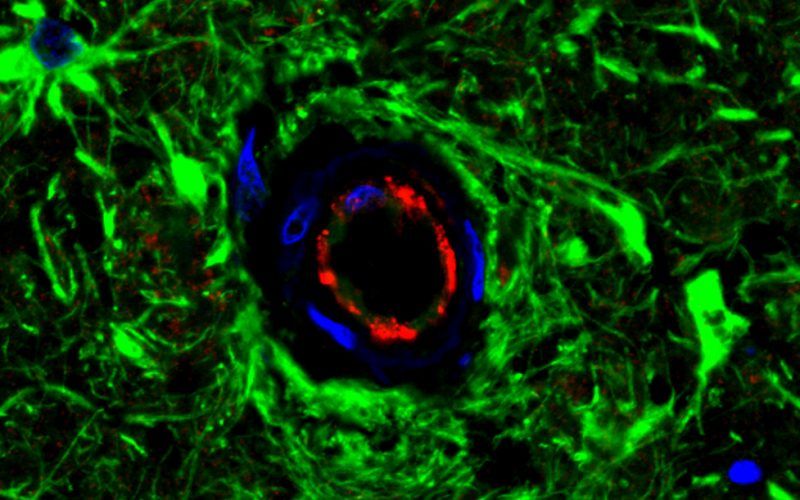 “This was fundamentally a translational research project, where data obtained from patient samples critically informed the direction of our pre-clinical studies. Our findings have shed light on a novel mechanism of neurodegeneration that may ultimately teach us more about common forms of dementia.”

Importantly, the work has identified that a disruption in CSF1R function in patients, as well as in pre-clinical models, induces damage to the so-called blood-brain barrier (BBB).

This damage can subsequently change the integrity of capillaries in the brain, causing them to leak and spark the deterioration of the brain. Intriguingly, dysfunctional white blood cells seem to be the main driver of this BBB breakdown.

Relevance to other dementias

Unfortunately, there are currently no approved therapies for conditions such as Alzheimer’s disease, which is in part due to the lack of a robust understanding of the early initiators of disease. If we can better understand what the early hallmarks of Alzheimer’s are, we may be able to develop novel forms of therapy that target these newly discovered mechanistic pathways.

“The most exciting aspect of our study is that we have now honed in on a novel pathway that to date has not been explored in great detail. Additionally, our data suggest that modifying white blood cell function may be therapeutically relevant for progressive neurodegenerative conditions.”

A multidisciplinary team of geneticists, immunologists, neurologists and neuropathologists from Trinity, the Royal College of Surgeons Ireland (RCSI), University College Cork (UCC), Sligo General Hospital and the University of Ghent undertook the study.

While shedding light on an often-neglected rare disease, the findings could pave the way for a targeted therapeutic approach for other forms of dementia.

Commenting on the clinical significance of the findings, Colin Doherty, Professor of Epilepsy in Trinity, said:

“It is absolutely critical that we focus our research endeavours on identifying the underlying cause of neurodegenerative conditions.  Studies like these will pave the way for better clinical management of our patients and hopefully new medicines to treat the condition.”