One of the world’s leading experts on fertility, Professor Robert Winston, spoke on ageing and human reproduction at Trinity College Dublin on Tuesday, January 29th last. Professor Winston who is one of the world’s most respected medical academics and researchers in this area gave a lecture entitled ‘Too Old to Reproduce?’. It was an inaugural lecture in a series of public lectures on ageing and society at TCD¹ and more than 400 people were in attendance for the event.

Robert Winston, Professor of Science and Society, Emeritus Professor of Fertility Studies at Imperial College London believes that public engagement with science is vital. Professor Winston has an international reputation for his research into human reproduction and has pioneered advances widely used in fertility and IVF treatments. Among the public, he is perhaps best known for his work in popularising science. Broadcasting regularly, he has made many highly successful television series on science and medicine including the BBC Human Body and Super Human television series. As a member of the House of Lords, Professor Lord Winston also regularly speaks in parliament on science, medicine, education and the arts.

In the course of his lecture at TCD, Professor Winston explained how human ageing is associated with rapidly decreasing fertility. According to Professor Winston, the biology of the menopause is poorly understood and scientists argue about its development during evolution. The talk commenced with what we know about the causes of reproductive ageing and its consequences for developing, predominantly healthy societies where voluntary delay in childbearing is increasingly common. Technology can now enable us to have children well into our sixties and Professor Winston posed the question of whether IVF was a threat or a promise.

A major contributor to the development of gynaecological microsurgery in the 1970’s, Professor Winston was a prime figure in the enormous progress in the fields of IVF and reproductive genetics. His group’s research enabled families with a history of a particular genetic disease to have children free of fatal illnesses. This particular field of research has earned Professor Winston international recognition, awards and honours.

Notes to the editor:
1. Trinity College Dublin is a leader in ageing research in Ireland. Over 80 researchers currently work on ageing-related projects funded by grants in the region of €130 million.
To promote public awareness of the many issues affecting ageing for society, the Trinity Consortium on Ageing in association with the multi-institutional, The Irish Longitudinal Study on Ageing (TILDA), it has launched a series of public lectures exploring how science and society can interact to enable successful ageing for us all. 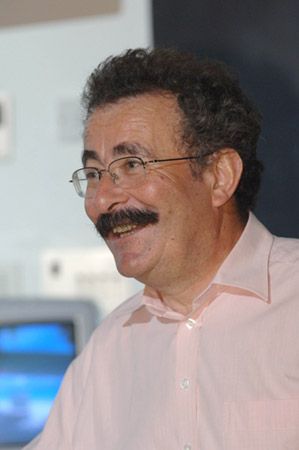