Researchers at Trinity College have participated in the largest and most rigorous clinical trial to date of psilocybin (a psychoactive ingredient in magic mushrooms), pointing to the possibility that COMP360 psilocybin with psychological support could be a beneficial therapeutic strategy for people with treatment-resistant depression (TRD). The study is published in the prestigious New England Journal of Medicine (NEJM). 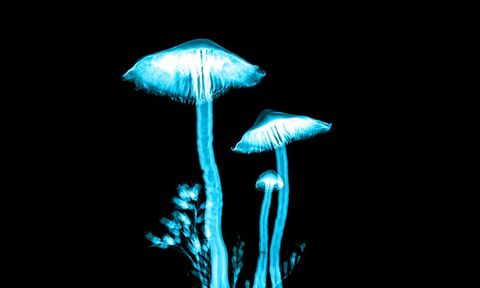 Prompted by promising preliminary findings, this funded multi-centre, randomised, double-blind, phase 2b clinical trial was launched in 2018 to determine the safety and potential antidepressant effects of a single dose of COMP360 psilocybin (25mg or 10mg), compared to 1mg, with psychological support in people with TRD. The study was sponsored by COMPASS Pathways, a mental health company based in the UK, who also developed COMP360 – their proprietary formulation of synthetic psilocybin administered in conjunction with psychological support.

The trial, which included 233 people with TRD across 10 countries, including the Irish site at Tallaght University Hospital showed that patients who received a single dose of 25mg COMP360 psilocybin experienced a highly statistically and clinically significant rapid reduction in symptoms of depression compared to 1mg at 3 weeks (p<0.001). This offers hope that COMP360 psilocybin with psychological support could be an effective antidepressant treatment paradigm for some people with TRD, if proven effective and safe in larger studies. COMPASS Pathways will be running a larger phase 3 programme of COMP360 psilocybin therapy in TRD, which is on schedule to begin in 2022.

“This is the largest and most rigorous clinical trial of psilocybin to date. It shows a promising antidepressant signal for 25mg COMP360 psilocybin  with psychological support and has paved the way for phase 3 clinical trials, which will determine whether it translates into a much-needed complementary treatment strategy in the psychiatry clinic.

We look forward to the phase 3 trial, and to the development of a translational psychedelic science research programme in Trinity College Institute of Neuroscience and Tallaght University Hospital. Ultimately, we hope that this will deliver tangible benefits to patients, the health service and to Irish society.”