A new campus sculpture has been commissioned by the Board of Trinity College Dublin to mark Dublin’s designation as the European City of Science 2012 and to commemorate Trinity’s Nobel Laureate and former Professor of Natural and Experimental Philosophy, Ernest T.S. Walton.  Born in Dungarvan, Co Waterford, Ernest Walton is Ireland’s only Nobel Prize winner in Science.  During 2012 Dublin will play host to a year-long programme of science themed activities including Europe’s largest general science conference, European Science Open Forum (ESOF) in July.

In April 1932 when researching in the Cavendish Laboratory in Cambridge under the Nobel Prize winner Professor Ernest Rutherford, Walton and his colleague John Cockcroft, successfully split the atomic nucleus. The two men were jointly awarded the Nobel Prize in 1951 for ‘their pioneer work on the transmutation of atomic nuclei by artificially accelerated atomic particles’.  Walton was well known for his commitment to the improvement of the standard of science education in Ireland and as a compelling lecturer.

Trinity College Dublin invited six artists to submit a design to respond to the persona of Walton, his teaching, his research achievements, and his connection to Albert Einstein’s E=mc2 equation which was first demonstrated by Walton and Cockcroft’s splitting of the atom.  The artists selected to compete for this prestigious commission were: Aideen Barry, Brian Duggan, Bea McMahon, Dennis McNulty, Eilis O’Connell, and Eva Rothschild. 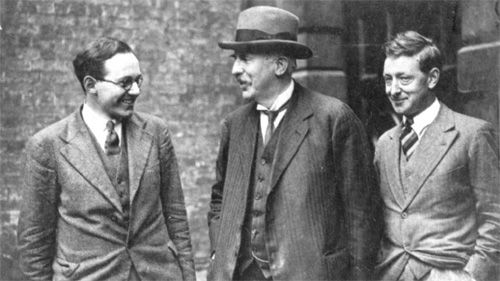 The recently selected winning design is by Eilis O’Connell which was chosen by a panel comprising members of the Walton family, representatives from the School of Physics and Department of History of Art and Architecture,the Curator of the College Art Collections, a representative of the students, and the directors of The Dublin City Gallery The Hugh Lane, The Royal Hibernian Academy, and Dublin City Council’s Public Arts Officer.  By the end of 2012, Eilis’s work will join the existing, internationally significant group of sculptures displayed publicly on campus, including works by John Henry Foley, Henry Moore, Alexander Calder, Arnaldo Pomodoro and Michael Warren.

Commenting on the initiative Trinity’s Provost Dr Patrick Prendergast said: “Trinity has a long standing commitment to the visual arts and we are delighted that our internationally significant sculpture collection will be complemented by Eilis O’Connell’s design.  This sculpture will not only reinforce the College’s special connection with E.T.S. Walton but it will also serve to highlight how the arts and sciences can combine to create something inspirational for our students.  Ireland has been home to many scientific heroes and today we continue to excel in the sciences in fields such as immunology, materials science and genetics.  The European City of Science offers us an opportunity to showcase the depth and breadth of the scientific activity taking place within College and we look forward to seeing the design of the sculpture in July.”

Dr Barbara Dawson, Director of Dublin City Gallery The Hugh Lane and a member of the ETS Walton Sculpture Commission Selection Panel, commented: “Eilis O’Connell is one of Ireland’s leading sculptors. Her winning design celebrates both Ernest T.S. Walton’s brilliance and humility, visually responding to the physical nature of the apparatus used to create spark gaps for the particle accelerator with which Walton and Cockcroft split the atom.  O’Connell’s piece is a significant addition to the renowned collection of public sculpture in Trinity College Dublin and is a timely and positive affirmation of the creative strength of current visual arts practice in Ireland.”

Eilis O’Connell studied at the Massachusetts College of Art in Boston and the Crawford School of Art, where she received the only award for Distinction in Sculpture in her year. She is a founder director of the National Sculpture Factory in Cork, a member of Aosdána, the Royal Hibernian Academy, and a former member of the Arts Council of Ireland. She has received many key awards and her works have been widely displayed nationally and internationally, from the Venice Biennale to the Guggenheim Museum. She has won many prestigious public commissions, a significant number of those in the UK, and represented Ireland at the Paris Biennale in 1982 and the Sao Paolo Biennale in 1985.

The design of the new campus artwork will be unveiled during ESOF in July and will feature as part of a display showing the six invited artists’ submissions. This is the first time in Trinity’s 420-year history that this kind of  site-specific sculpture will have been commissioned to commemorate such a significant figure in the history of the College and of the development of science globally. The commission is made possible by the support of the Walton family, the School of Physics, the Trinity College Association and Trust, the Department of Education and Skills, and and Science Gallery, Trinity College Dublin.