Five housing and homeless organisations have come together to launch major new research, revealing the serious negative consequences of the housing and homelessness crisis for young people in Ireland. Former President Mary McAleese launched “Living in Limbo – Homeless Young People’s Paths to Housing” in Trinity College Dublin. Only 24% of the young people involved in the study were in housing after a two-year period. 76% were either homeless or living in insecure accommodation.

The research, longitudinal in nature, followed 40 young people over a two-year period in order to examine the factors, experiences and circumstances that impact their homeless and housing situations over time. Ten family members also participated in the study. This innovative approach in re-interviewing young people and their family members means the study marks a critical contribution to our understanding of youth homelessness in Ireland.

The study was carried out by Dr. Paula Mayock and Sarah Parker of Trinity's School of Social Work and Social Policy carried out the study which highlights the factors that cause homelessness among young people, including family breakdown, leaving State care, early school leaving and lack of access to employment. Focus Ireland, Simon Communities of Ireland, Threshold, Peter McVerry Trust and Society of St. Vincent De Paul collectively funded the research. Importantly, this research examines what happens to young people after they become homeless, focusing on their paths to housing.

After two years, 29 of the study’s 40 young people were re-interviewed. Of these, only 24% were in housing. The remaining young people (76%) were either homeless – living in hostels, B&Bs or sleeping rough – or living in insecure or inadequate accommodation.  Lack of access to affordable housing was one of the key reasons these young people remained trapped in homelessness. As Michael (25) said, “There is not enough housing so like once you fall into this trap (homelessness) it’s very, very hard to get out of it.” A range of other problems compounded this lack of access to housing including: restrictive/inadequate rent supplement payments, long waiting periods for social housing, complex and unmet support needs, delays in welfare payments and discrimination by landlords towards people in receipt of rent subsidy.  The study found that the lack of access to housing forced many of the young people into situations of ‘hidden’ homelessness. This saw them “sofa surfing” in the homes of family members, friends and acquaintances.

Speaking on behalf of the charities involved, Mike Allen of Focus Ireland said: “This is a highly important piece of research as it tells the stories of a number of young people who are – or have been – homeless examining why they believe this happened and what could have been done to prevent it. The research shows there are many reasons young people become homeless but it also clearly indicates there are very targeted measures that can – and must – be put in place to prevent more young people becoming homeless next month, next year and in coming years. It also demonstrates the impact that homeless organisations can have when we work together to take on major projects such as this.”

The five leading housing and homeless organisations who funded this landmark report also warned of a deepening youth homelessness crisis as the number of 18-24 year olds has increased by 82 % in the last three years. Figures from the Department of Housing, Planning, Community and Local Government reported that 793 young people were homeless and in emergency accommodation in the week of 24-30th April 2017. This was a 82 % increase from 436, the earliest figure available (April 2014). Young people aged 18-24 makes up just over 10% of the record number of 7,680 people who are currently homeless in Ireland.

The report called for more resources to be directed towards, securing housing and services for young people through an innovative ‘Housing First for Youth’ approach. This provides young people with housing as quickly as possible and then targeted, person-centred supports in housing including healthcare, counselling, education, training, financial advice and more.

The funders of the research said its findings should act to inform Government, relevant departments, statutory bodies like Tulsa and all organisations working with people who are homeless. These findings must be taken into account when developing policy and service responses to and preventing youth homelessness.

According to Dr Paula Mayock, “The findings of this research clearly demonstrate that a majority of the study’s young people were unable to exit homelessness and move to stable housing. This failure to find a resolution to their homelessness meant that many had already joined the ranks of the long-term homeless when we interviewed them for a second time. The consequences of ongoing homelessness for young people’s health and well-being are extremely negative, affecting their prospects of finding stability and security in all areas of their lives. There is an urgent need to find appropriate and sustainable housing solutions for young people who experience homelessness and housing instability”.

The research highlighted some key conclusions and resulting implications for services and policy in this area – including:

IMPLICATIONS: The study said that while research evidence on Housing First for Youth is not well developed, there “is every reason to believe that many young people who are homeless would have success in moving directly to independent housing”.  The report also highlighted the need for models of housing with strong supported dimensions.

IMPLICATIONS: The report stressed the need for solutions to youth homelessness that extends beyond only the provision of housing.  Most will need support after leaving homelessness.  Some will require short-term support but others will require intensive and sustained support if they are able to maintain independent housing.

IMPLICATIONS: Family reconnection programmes are central to a “systems-based approach” to resolving youth homelessness. System-based approaches must also help young people access education, training and employment and address issues such as drug and alcohol use abuse, mental health and other issues affecting their lives.

IMPLICATIONS: Secure housing, alongside the provision of additional supports and services as needed, must be a first step in the resolution of a young person’s homelessness. The development of housing options for young people – including Housing First approaches – requires urgent attention. 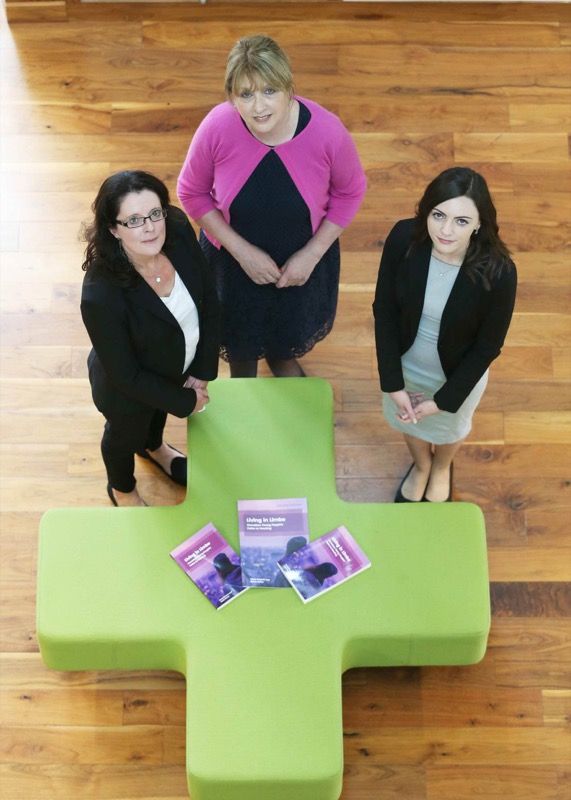