A new Professorship in Neural Engineering with a special focus on ageing which has been made possible through the generous support of Atlantic Philanthropies has been established at Trinity College Dublin. Professor Richard Reilly has been appointed to this exciting new position.

Professor Reilly will share his time between the School of Engineering and the School of Medicine, and will be a Principal Investigator in the Trinity Centre for Bioengineering, the Centre for Excellence for Ageing, and the Trinity College Institute of Neuroscience. The Professorship will be a central pillar in Trinity’s suite of initiatives concentrating on research into ageing and will establish engineering as a key partner within the Institute of Neuroscience.

Richard Reilly received his B.E., M.Eng.Sc. and Ph.D. Degrees all in Electronic Engineering, from the National University of Ireland. Professor Reilly comes to Trinity College after 10 years at University College Dublin, where his most recent appointment was as Associate Professor of Electronic Engineering. He has recently served as academic director of the Technology Research for Independent Living (TRIL) Centre and vice-principal for research and innovation*.

Professor Patrick Prendergast, Director of the Trinity Centre for Bioengineering stated: “Professor Richard Reilly is an outstanding neural engineer with a strong track record in engineering research highly relevant to neurological and cardiovascular disorders in ageing. With his appointment Trinity reinforces its position as the leading Biomedical Engineering research centre in Ireland, and is focused on making an impact on Ageing research through collaborative research with principal investigators and lead clinicians from the Centre of Excellence and Trinity College. We are excited about his joining the cross-disciplinary team”.

Professor Rose Anne Kenny, Director of the Centre of Excellence for Successful Ageing at St. James’s Hospital, Head of the Department of Geriatric Medicine of the School of Medicine and Principal Investigator of the Irish Longitudinal Study on Ageing said: “By making this joint appointment we have an opportunity to deliver cross-disciplinary translational research, which will benefit the well-being of older persons. The output from the clinical research studies on assistive technologies will enable their further development and will also inform public policy.”

Further Biographical detail:
Professor Reilly was the 1999/2001 Silvanus P. Thompson International Lecturer for the Institute of Electrical Engineers (IET). In 2004 he was awarded a US Fulbright Award for research collaboration into multisensory integration with the Nathan Kline Institute for Psychiatric Research, New York, at which he remains a Visiting Professor. He is also a recent Chairman of the Biomedical Engineering Division of Engineers Ireland. He has produced 148 peer reviewed publications and two editorials. 51 of the publications are original journal articles, written as either major author or as co-author. He has also founded two start-up companies based on his signal processing research activities, with another currently being founded in the area of eHealthcare. 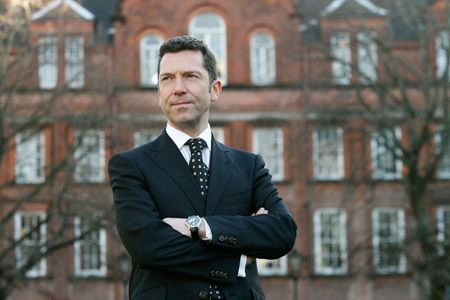