Lab-grown meat is being hailed as the solution to the factory farming of animals. The downside of factory farming for the cows, chickens and pigs themselves is obvious enough. But it is also bad for human health, given the amount of antibiotics pumped into the animals, as well as for the environment, given the resources required to provide us with industrial quantities of meat.

By contrast, lab-grown meat need have none of these costs. Once the technology is perfected it will be indistinguishable in taste and texture from real meat, and will be cheaper to produce and purchase.

There is, however, a major problem with lab-grown meat: a moral problem. 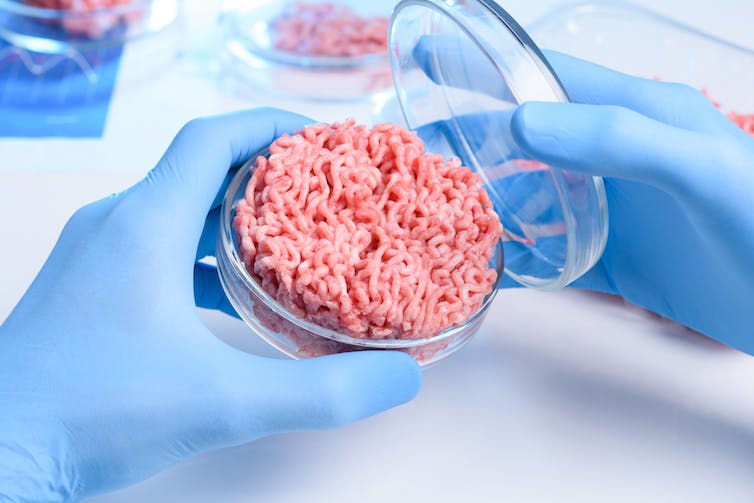 Factory farming causes billions of animals to live and die in great pain each year. Our response has been almost total indifference and inaction and, despite the rise of vegetarianism and veganism in some quarters, more animals are killed today for food than ever before. This does not reflect well on us, morally speaking, and history will not remember us kindly.

The moral problem stems from the fact that we will likely switch over to lab-grown meat because it is cheap, or thanks to its benefits for human health or the environment. That is, we will do it for our own sake and not for the sake of animals. 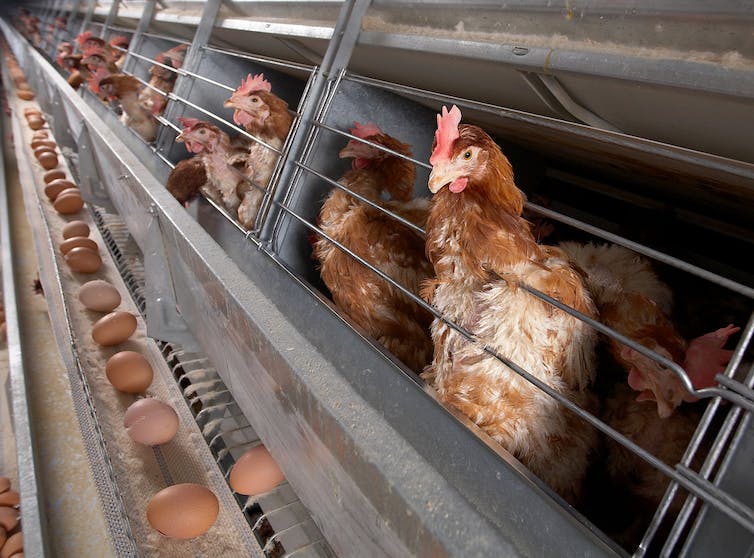 Around 100,000 chickens have been killed since you started reading this article. MENATU / shutterstock

You might be wondering why this is a problem – providing that the harm to animals comes to an end, what does it matter why we do it, or how this reflects upon us, morally speaking?

Some philosophers (for example, Kantians) do think that there is something important about acting for moral reasons, independently of whether there are any bad consequences of our not doing so. Whether or not these philosophers are right, I want to point out a different kind of reason to do the right thing in this sort of case: one having to do with consequences.

If we switch over to lab-grown meat just for our own sake, and not for the sake of animals, then the morally dubious part of us that is responsible for our inaction on factory farming will remain intact. If this part of us has other bad consequences, then we might have lost a valuable opportunity to confront it and avoid those outcomes.

Identifying the exact part of our moral makeup that allows us to shrug at factory farmed animals is tricky. One dimension of the answer is a lack of interest or curiosity in the condition of these other beings, or perhaps an obtuseness as to what it is really like to be an animal. Another is a complacency or foolish deference to, or trust of, those who are culturally in charge, a preparedness to silence or turn away from qualms one might have, or to blindly repeat poorly thought out justifications offered to us by our cultural leaders.

We can then consider the other bad consequences these traits of ours might have. There are many. Some are micro, having to do with, say, our everyday relations or interactions with each other. The deepest and richest human relationships require a curiosity about what others are like, and a willingness to listen and understand. And the very best parts of human culture – great art, great literature, and so on – will not be fully accessible to someone who is so insular.

Other consequences are macro, having to do with how we are likely to respond to other major moral crises. People who are indifferent, thoughtless, complacent, lacking in curiosity, prepared to silence or turn away from qualms, blindly follow orders, and so on, may be more likely to ignore other groups who are in great need. Such people may also be more vulnerable to manipulation by morally unscrupulous leaders. In some circumstances, they could even be seduced by fascism.

This worry is not unique to lab-grown meat. It applies to many technological or economic “solutions” to moral crises. Suppose, for example, we develop a clean and cheap renewable energy source, and it is adopted, halting climate change. This would be terrific in one way. But there would also be an important danger: the part of us that had failed to take action on climate change for moral reasons (our cavalier attitude to the plight of future generations or those most affected today) would be preserved. Failure to address this flaw in us could leave us open to committing other atrocities, or harming ourselves in various ways.

My point is not that we should reject lab-grown meat. Given the scale of the harm we do to animals in factory farming, and the unlikelihood of ending it for moral reasons, we should probably embrace these cow-free burgers and pigless sausages. The benefit to animals here likely outweighs the risks of papering over this morally dubious part of us.

Yet if we switch purely for selfish reasons we risk other bad consequences, for ourselves and others. Moral crises like factory farming and climate change should be seen not only as major threats to others, but as opportunities to address or deal with troubling parts of ourselves.