The latest discussion in the Trinity Long Room Hub’s Behind the Headlines series on Tuesday, April 7th, brought to the fore how the climate crisis and the biodiversity crisis are strongly linked to the increase and outbreak of pandemics.

In an online discussion, organised by the Trinity Long Room Hub Arts and Humanities Research Institute, an international and multi-disciplinary panel discussed climate, culture, biodiversity and farming –and how they relate to the current Covid-19 pandemic wreaking havoc across the globe. 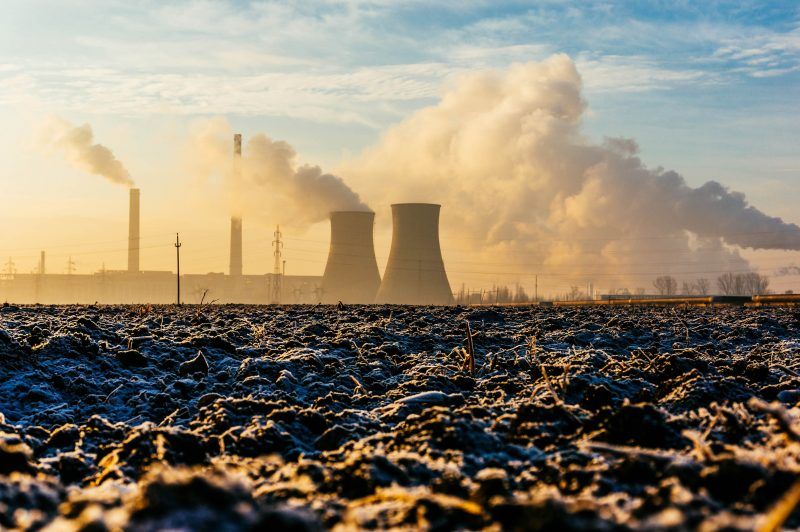 Eminent climate scientist and award-winning communicator Katharine Hayhoe opened the discussion by acknowledging that “many people might be wondering why we are having a conversation about climate change when all we think about is our current pandemic.”

However, over the course of 90 minutes with 100 virtual attendees and a viewership of a thousand people via Facebook’s livestream, panellists argued that the two are inextricably linked.

There are intimate connections between the pandemic, our response and the risks and solutions to a changing climate.

She added that although we are hearing news that carbon emissions may have dropped as a result of lock-down measures, we might hear less about the oil prices dropping, and the effect of the industrial slow-down on renewable energy technology.

She also highlighted reports of air pollution dropping in urban centres, but noted a recent study from Harvard University, which found that “air pollution that we’ve already been exposed to, is significantly increasing our illness and death rates associated with the pandemic.”

According to Professor Hayhoe, the biggest myth about climate change is the view that “it doesn’t matter to me, it only matters to future generations, or to people who live far away,” which she argued is strikingly similar to the way we viewed the novel Coronavirus in the early stages of the spread.

Today we know that the pandemic does matter to each one of us, and climate change matters too.

Professor Michael Cronin said that the Covid-19 pandemic has brought into focus the relationship between the human and the non-human. We now see, he said, how the non-human can have an overwhelming impact on our lives with Covid-19 now the “best known organism on the planet.”

Michael Cronin is Professor of French (1776) at Trinity College Dublin and Director of the Trinity Centre for Literary and Cultural Translation.

Asking how we might negotiate the relationship between the human and non-human, he argued that culture holds the answer.

One of the extraordinary resources humans have, are the stories they tell, languages they use and songs they sing, something which has been brought home more poignantly since the onset of the Covid-19 pandemic.

The way we write and speak about nature has always played a central role in the early history of this island, he said, adding that up to contemporary times, writers from Seamus Heaney to the late Tim Robinson have brought aesthetics and ethics together in their writings.

The loss of the Irish language has also signified the loss of many ways of describing our rich surroundings, he said.

Describing as “disabling” the tendency to talk about ecology through “guilt”, Professor Cronin concluded that Covid-19 “has made us measure more intensely” the value of our natural world and our surroundings, which is crucial for our sense of a “shared, collective future.”

As an ecologist, I also appreciate that diversity in nature makes eco-systems resilient in the face of disturbance and this is equally true for humanity.  Diversity of nature means that we can bounce back.

Speaking on the connections between collapse in bio-diversity and the current Covid-19 pandemic, she highlighted research which has shown that high bio-diversity reduces the risk of animal-vectored diseases in human populations.

Diversity of nature makes us less likely to be infected she said, warning that when nature is in trouble, “so are we.”

“The increasing frequency of disease outbreak is linked with both climate change and bio-diversity loss”, she said, because the destruction of nature, including deforestation and destruction of habitats, has brought humans and animals into close contact facilitating the spread of zoonotic disease to humans.

She also commented that the Covid-19 pandemic “has shown us that governments can implement socially unpopular policies in the interest of public good and to the detriment of the economy”, showing that we can respond to a crisis when we need to.

Moving to the real-time impact that the Covid-19 pandemic is having on agriculture and the farming community, journalist, broadcaster and farmer Darragh McCullough shared how his business has been affected by lock-down measures.

Two weeks ago the lockdown began in earnest and we were in the midst of our main harvest…which is daffodil harvesting.

Although Mr McCullough explained how his business has since seen an upturn with the provision of an online delivery service, after buyers cancelled contracts “overnight”, he said that many farmers are feeling anxious about the current situation and food production during this time.

You can’t turn off the tap despite what Covid-19 might be doing.

He said that despite the uncertainty the pandemic poses, “a lot of farms are the most normal places on the planet right now”, and are doing what they’ve always done. “They’re planting crops, after six months of incessant rain…the fields are humming with tractors and activity.”

He said that the pandemic, has however, brought into focus the inter-connectedness of the global economy, even in Ireland – where a lot of farmers are dependent on migrant labour to pick the crop –labour which is difficult to access presently as flights are grounded.

Moving back to the macro-level, he said that although farmers have been keeping the food supply chain going during the pandemic, when this is all over he questioned if we would go back to “conversations about just-transitions” and the perception that farmers are “climate terrorists.”

Unfortunately, he said “the idea and theory of ‘just-transition’ isn’t playing out for huge swathes of rural Ireland.” He concluded by arguing “if we don’t reach out and put our arms around them, they are going to turn to other leadership for answers and support.”

“That’s where you get this really dangerous polarisation.”

Now more than ever, he said, we need to “find common ground and cherish those conversations.”

About Behind the Headlines at the Trinity Long Room Hub
The Trinity Long Room Hub’s Behind the Headlines discussion series offers background analyses to current issues by experts drawing on the long-term perspectives of Arts & Humanities research. It aims to provide a forum that deepens understanding, combats simplification and polarization and thus creates space for informed and respectful public discourse.

The next Behind the Headlines event will take place online on April 21st 2020 at 7.30pm on ‘Democracy in an age of Pandemic’. Details will be available on the Trinity Long Room Hub website shortly.