“We are delighted for Leo on this historic day.  It is a major achievement for him both personally and professionally and we wish him well in the new role.   We also look forward to welcoming him on campus as Taoiseach and for staff and students to meet with him.” 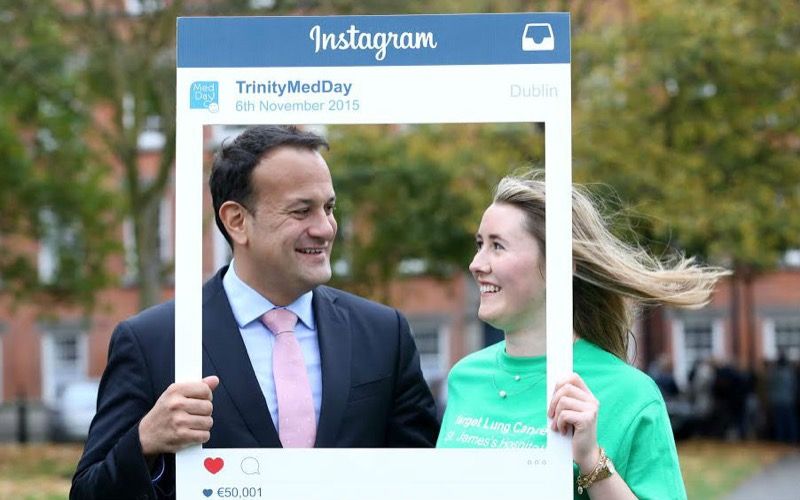 As a student, he was serious about his academic work and was also a very engaged student with interests beyond his medical studies.  On graduating from the School of Medicine he spent several years working as a junior doctor in St James's Hospital, a Trinity teaching hospital, and Connolly Hospital before entering the Trinity/HSE GP training scheme. He qualified as a GP in 2010 and became a member of the Irish College of General Practitioners.

Professor Paul Browne, Head of School of Medicine, said: “We are proud of Leo Varadkar and his achievements. He has been involved in the School of Medicine since he graduated and has been generous with his time with both students and faculty alike.”

Leo and his two older sisters followed in the footsteps of their father Ashok, a doctor, and mother Miriam, a nurse, to choose careers in the medical field. Sophia, also a graduate of Trinity College School of Medicine, is a Consultant Paediatric Neurologist at Great Ormond Street Hospital for Children NHS Foundation Trust, London, UK, and Sonia is a midwife and works in Dublin.

As well as his medical studies, at Trinity,  he was active in Young Fine Gael and served as vice-president of the Youth of the European People’s Party. He was also selected for the prestigious Washington Ireland Program for Service and Leadership (WIP), a six-month programme of personal and professional development for Irish university students in Washington DC involving summer internships and leadership training.

As former Minister for Health he supported many Trinity initiatives involving research and its relevance to improving patient care. He has also been particularly supportive of student led ventures such as   Med Day, the charity fundraising initiative by our medical students among others.