The Vikings changed the course of Irish history and left a lasting legacy on the island’s gene pool. We know them as blonde-haired invaders, pirates and warriors, who travelled by sea from Scandinavia to raid and eventually settle on the island.

Now, cutting-edge DNA analysis on archaeological remains has shed new light on the identity of Irish Vikings. The milestone international study has revealed:

The first Irish Viking genomes were published today in leading international journal, Nature, as part of the largest ever DNA analysis of Viking remains, led by Professor Eske Willerslev, a Fellow at the University of Cambridge, and director of The Lundbeck Foundation GeoGenetics Centre, University of Copenhagen.

The six-year project also saw researchers from the National Museum of Ireland and Trinity College Dublin become part of the international effort to decode the genetic make-up of the Viking world. The results debunk the modern image of the typical Viking as a blonde-haired Scandinavian warrior.

Instead, the researchers uncovered ancestral diversity in Viking communities both within Scandinavia and across Europe, including Ireland.

“Scandinavia was clearly a dynamic place during the Viking Age,” said Dr Ashot Margaryan, Assistant Professor at the University of Copenhagen and first author of the paper. ”We see regional genetic differences between Norway, Sweden and Denmark,  as well as influence from Southern Europe and Asia. There was never a single unified “Viking World” and now we see that there is no single Viking genetic identity either.” 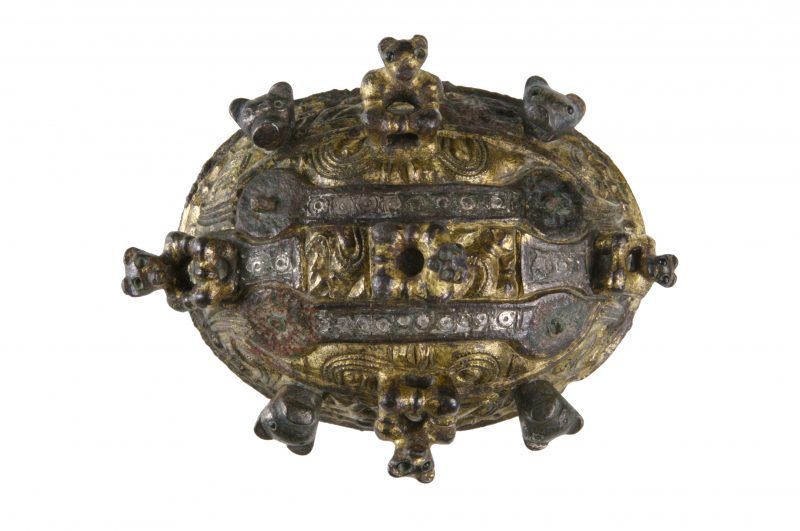 Viking raids in Ireland are first recorded in historical sources during the last years of the 8th century – some of the earliest known for Europe. The first physical evidence for this Viking presence are graves which contain personal possessions, such as swords, spearheads, shields and ornate jewellery. Over the centuries that followed, Scandinavian presence made a lasting impact on many aspects of Irish life. We can trace the origins of urbanism in Ireland to this time, as well as the influx of silver into the Irish economy.

“You can see many elements of Scandinavian art styles in Irish artefacts from the Viking Age,” said Maeve Sikora, Keeper of Irish Antiquities at the National Museum of Ireland and a co-author on the study. “Up until now this wonderful mixing of culture and ideas has been reflected most clearly in decorated iconic pieces that survive from the centuries that followed the initial invasions, such as the Cross of Cong. The new DNA research on the human remains adds another rich layer of context to this interaction.” 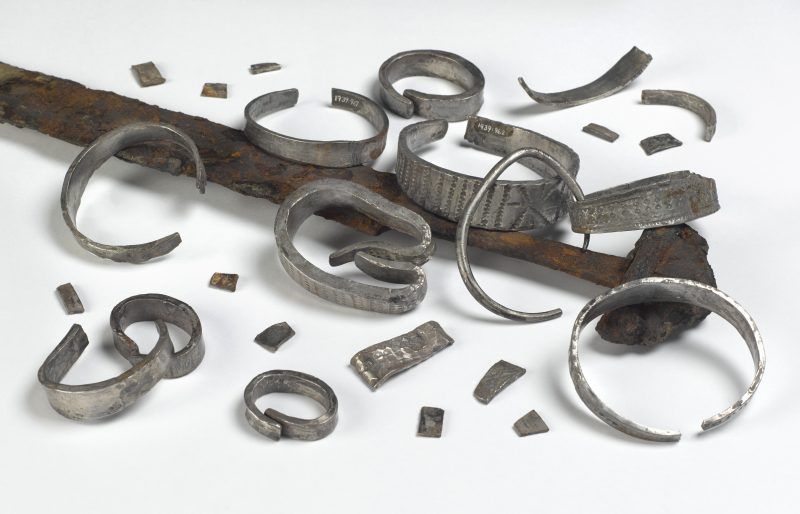 The genomes of three men and a woman from Irish Viking burials in Dublin and Co. Galway were sequenced for the study. This included famous sites such as Islandbridge, close to the largest early Viking Age burial complex in Dublin; Finglas, a female burial excavated in 2004, a male burial from Ship Street Great in Dublin, and Eyrephort, a Viking warrior burial discovered in 1947, which contained a sword and spearhead.

“It has long been suspected that many of these invaders came from Norway. It is fantastic to be able to confirm this now with genetic data,” said Dr Lara Cassidy, Assistant Professor at Trinity College Dublin and a co-author on the paper. “In general, Irish Viking genomes harbour high levels of Norwegian-like ancestry. This is a real contrast to what we see in England during the same period, where there is stronger Danish influence.”

The study also revealed that Viking identities were taken up by local people in Britain and Ireland. Two skeletons from Orkney, buried with swords in the Viking tradition, were genetically most similar to present-day Irish and Scottish people. A Viking burial at Ship Street Great in Dublin City Centre also showed very little Scandinavian ancestry and belonged to a Y-chromosome lineage most common in the northwest of Ireland. 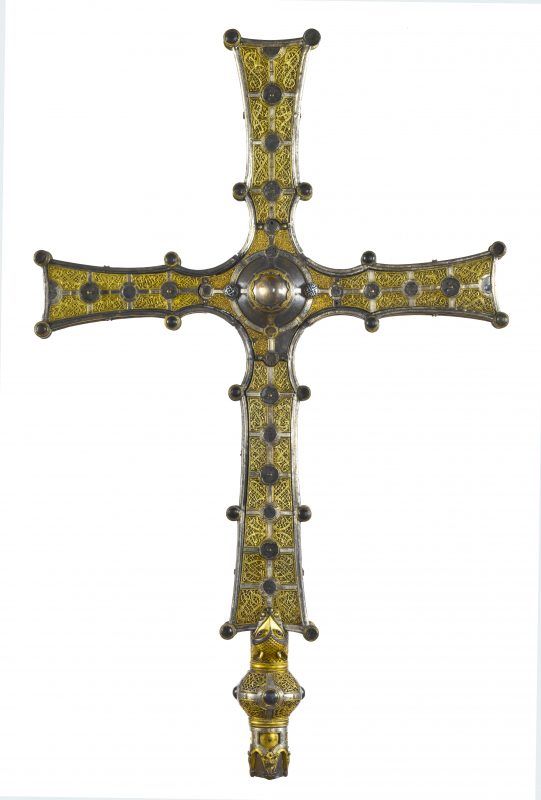 “This confirms the strands of archaeological evidence which suggest that the notion of Viking identity was a complex one,” said Maeve Sikora. “Viking graves in Ireland speak of a population that was keenly aware of their surroundings and the wider cultural sphere in which they lived. We see at Finglas, for example, an apparently non-Christian Viking burial placed beside a local Christian cemetery. We also see that many furnished graves contain locally manufactured artefacts.”

Dublin was to become one of the most important towns in the Viking world. The earliest physical evidence for Vikings in Dublin derives from these furnished burials which were always assumed to be Viking raiders of Scandinavian origin.

The ‘local’ at Ship Street Great was also predicted to have pale skin and blonde hair, with possible red undertones. In contrast, the famous Eyrephort warrior from Co. Galway, who is of majority Norwegian-like ancestry, most probably had a darker complexion with brown hair and eyes.

“It’s the reverse of what you would expect from the media’s portrayal of Vikings,” said Linzi Simpson, excavator of the Ship Street Great site. “In fact many of the Viking burials sampled from across Europe had brown hair. Some TV shows may have to rethink their casting calls.”

Also sequenced as part of the study was the genome of the famous Finglas lady, a woman who died in and around her thirties and was buried with a pair of richly decorated gold and silver oval brooches, and a decorated comb. She conformed more with what you might expect of the stereotypical Viking woman – blonde with blue eyes.

“These new technologies have given us an unprecedented window into the world of Irish Vikings – how they looked and where they came from,” said Trinity’s Dr Cassidy. “We are only beginning to untangle the diverse ancestral and cultural identities present in Early Medieval Ireland. The next exciting step will be to sequence local populations from the same period.”

Projects such as this underpin the importance of caring for archaeological material, which allows future generations of researchers to uncover ever more of our shared heritage. Archaeologists and museum curators working in 1947 would never have imagined that we might know the hair and eye colour of the warrior who was buried with his weapons near Clifden in Co. Galway in the 9th century.