World-leading aircraft acoustics researchers are in Trinity this week for an annual workshop that unites experts in the field from universities, research institutes, and industry. The workshop will focus on rotor noise in the domain of aviation, including sources relating to the installation of rotors on the aircraft.

Incredibly, researchers predict that a further 1,300 international airports and twice as many commercial aircraft as currently exist will be required by 2050 to meet the demands of an increasingly mobile global population.

Among the many challenges are the need to reduce the environmental footprint left by air travel, and to reduce associated aircraft noise, which is a growing concern with increased flight traffic affecting hundreds of thousands of people living near major airports and frequently used flight paths.

The meeting this week, chaired by Associate Professor in Mechanical and Manufacturing Engineering at Trinity, Dr Gareth Bennett, represents the 21st annual gathering of the Aeroacoustics Specialists Committee (ASC) of the Council of European Aerospace Societies (CEAS). The programme information is here.

The meeting has attracted international interest, with 29 individual institutions represented from the EU and from as far afield as Canada, the US and the Russian Federation. Keynote talks will be delivered by Professor Lars Enghardt of DLR, German Aerospace, Dr Kevin Britchford of Rolls-Royce, UK, Professor Scott Morris from the University of Notre Dame, and Dr David Stephens from NASA Glenn Research Centre. 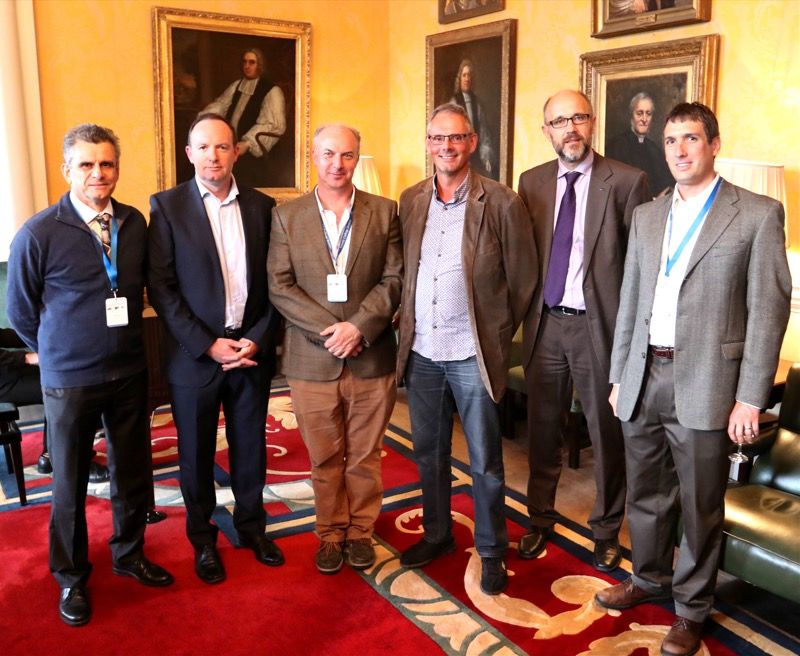 Dr Bennett said: “Aviation has delivered immense social and economic benefits to mankind. Air transport moves over 2.2 billion passengers annually and it generates a total of 32 million jobs globally, of which 5.5 million are directly in the aviation industry. The challenge facing the aviation research community and industry is to meet the predicted growth in demand for air travel, which should increase by 4-5% per year over the next 20 years, in a way that ensures that the environment is protected.”

“All the scientific research promoted by the CEAS-ASC committee aims to reduce aviation noise for a sustainable environment. This workshop will showcase cutting-edge research, support the formation of new collaborations and inspire new ideas for future work. We especially thank AIRBUS for sponsoring the workshop, as well as Fáilte Ireland and the AIAA for their support.”

Dr Bennett’s research group in Trinity continues to conduct research in aeroacoustics at an international level. Dr Bennett and colleagues Dr John Kennedy and Professor Henry Rice, who is also the Head of Trinity’s School of Engineering, coordinate a number of EU-funded collaborative research projects in aeronautics.