Professor Catherine Darker, Associate Professor in Health Services Research writes on her newly launched independent evaluation of the HSE's implementation of a new model of care for the early detection and treatment of people experiencing their first episode of psychosis.

“People can and do recover from psychosis, investing in early intervention in psychosis services matter.”

Professor Catherine Darker, Associate Professor in Health Services Research, School of Medicine (pictured) is the Principal Investigator of a HSE funded process evaluation of how three demonstration mental health teams got on when they attempted to implement a new model of care relating to the early detection and treatment of people experiencing their first episode of psychosis. This research report is launched today by the Minister for Mental Health and Older Persons. Here, Professor Darker talks about the outcomes from this evaluation and the importance of early intervention in psychosis services. 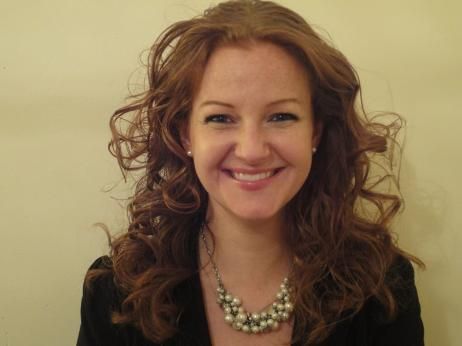 Psychosis can affect the way that a person thinks, feels and behaves. Quite often it is characterised by people losing some contact with reality. This might involve seeing or hearing things that other people cannot see or hear (hallucinations) and believing things that are not actually true (delusions).

Psychosis can be treated, and many people make a good recovery. Research suggests that the earlier intervention can occur, the better the treatment outcome. It is therefore important to get help as early as possible. The first episode of psychosis can be frightening, confusing and distressing. For that individual person and their family this can be a real crisis. And like in many moments of crisis getting good quality help quickly is vital.

‘Early Intervention in Psychosis’ (EIP) services have been developed to promote the best possible recovery for each individual person who experiences their first episode of psychosis. There is a strong ‘teamwork’ approach, with leadership from a consultant psychiatrist plus other skilled staff such as a cognitive behavioural therapist with a specialism in psychosis, a behavioural family therapist and a ‘keyworker’ who is a single point of contact for the service users’ as they navigate their time within the service.

The demonstration teams did hit some major road blocks to implementation. The EIP demonstration initiative was a new innovation which was forced to embed itself into an existing health service with its own systems and structures in-situ. The demonstration sites inherited existing problems from within the HSE, such as those relating to recruitment processes. For example, two of the three demonstration sites experienced delays in commencing staff in posts because no back fill (this is when the original role that the staff member is leaving needs to be filled so as not create a gap in the service that they are leaving) was secured for those staff leaving their existing posts.

Teams also faced barriers to implementation in terms of derogation of funds. EIP demonstration sites were funded under new initiatives and funds were not released on time to satisfy operational obligations in local areas. This created huge frustration within the teams, with one Clinical Lead commenting that they felt like a “financial detective” trying to figure out where the money had gone.

Despite these frustrations and to the teams’ credit, there was a strong sense of clinical optimism that early intervention matters and they should stay the course. This tenacity is commendable. The barriers identified are largely factors outside of the clinical teams’ immediate control. On foot of this research, we have recommended that the HSE radically overhaul their organizational processes relating to how budgets are drawn down and how staff can be commenced in post within a reasonable timeframe. Protected multi-annual budgets for strategic priorities are so critical, and it is important that operational service needs do not interfere with strategic priorities like early intervention in psychosis services.

The full report ‘The National Clinical Programme for Early Intervention in Psychosis – A process evaluation of the implementation of a new model of care in three demonstration sites’ is available to view at this link: