The cult of the leader, a standard barometer of authoritarianism, is one of the pillars of Vladimir Putin’s Russia and Viktor Orban’s Hungary. 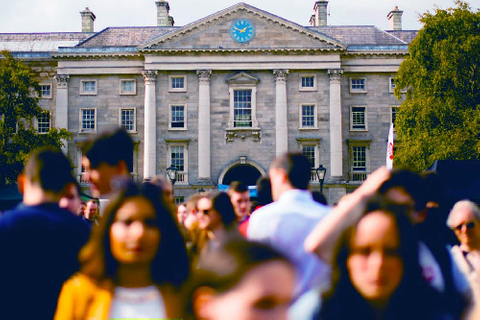 The Russian invasion of Ukraine put Europe’s populists and Putin apologists in a difficult spot.

Italy’s Matteo Salvini famously had to face embarrassment at the Polish border town of Przemysl for his pro-Putin sympathies. France’s Marine Le Pen also had some uncomfortable moments before the French presidential elections over her Russian ties and loans from Russian and Hungarian banks.

In Germany, the reluctance of former chancellor Gerhard Schroder to resign from his position in Rosneft, Russia’s oil company, resulted in calls for him to quit the Social Democratic Party (SPD).

Hungary’s Orban, however, did not fit the pattern, and he comfortably secured his fourth term in government earlier this month after yet another landslide victory.

Despite the opposition’s best efforts to emphasise the governing party’s dubious links with Russia and the controversial announcements in the Hungarian state media about the war, the Putin stigma didn’t stick. In a country where memories of Soviet occupation and the failed uprising of 1956 are still vivid, close ties with Russia no longer seem to be a decisive factor in elections. One way to explain this is through the growing personalisation of politics in Hungary and the rising cult of the leader.

The cult of the leader has been one of the pillars of Putin’s regime in Russia, and it has grown significantly in Orban’s Hungary in the past few years. It has been a key feature of Recep Erdogan’s rule in Turkey for over a decade and it has become a prominent aspect of Narendra Modi’s style of leadership in India.

In Hungary, the unchallenged leader of the governing party, Fidesz, is increasingly represented in charismatic terms and with the help of cultic images that draw on Hungarian traditions of cult-building and on international models of depicting strongmen, including Putin, former Italian premier Silvio Berlusconi and Donald Trump.

Trust and belief in his leadership skills overwrite rational political considerations, reconcile incompatible images and smooth out ideological anomalies. It is possible to depict him as “the leader of Europe” and the champion of national sovereignty who aims to “stop Brussels” and protect Europe from itself.

But the personalisation of politics and the cult of Orban did not start with the most recent election campaign. The image of the Hungarian politician has been carefully constructed, shaped and adjusted over the past decade and has assumed cultic features since the proclamation of “illiberal democracy” in 2014.

His cult was built in tandem with his illiberal regime. He is most often represented as a stable, balanced and competent leader – “the man in charge” – at the time of critical situations such as floods, snow, the 2015 refugee crisis or the Ukrainian war.

He is also depicted as a competent statesman, a defender of traditional values, the protector of national interests, an accessible, down-to-earth individual – “the man of the people”.

Videos and photos published on his Facebook page portray him having casual conversations with ordinary people – elderly women, children in kindergartens and binmen, or doing mundane, everyday things such as singing folk songs, downing shots, making pickles or slaughtering a pig.

Such representations show strong parallels with images of Putin. In Russia and Hungary, cultic images draw on both communist and pre-communist legacies. In Orban’s case, the image of the “ordinary” man echoes images of the communist politician Janos Kadar, who is often credited for the creation of “goulash communism” in Hungary after the failed revolution of 1956.

In the case of Putin, his imagery absorbed traditions of representing communist leaders, but it also recycled themes from the representations of Russian tsars. His cult embraced elements of the Stalinist myth of the Great Patriotic War (fighting Nazis everywhere), the Cold War Soviet myth of Russians standing against the West (represented by Nato), but also Russophile, pan-Slavist and Eurasianist ideological currents from the late 19th and early 20th centuries that endorse the self-perceptions of Russia as a great power that has a civilisational mission to play in its – flexibly defined – sphere of interest.

In both cases, cultic images are supported by a centralised media empire, state institutions, government-friendly NGOs, influencers and celebrities. In both cases, narratives of self-victimisation also play a role in strengthening the image of the cultic leader. Orban is depicted as the leader of a country under constant attack by EU bureaucrats, whereas Putin was represented as the leader who was “cornered” by the West and Nato and had no other option but to invade Ukraine. The absurdity of the image of the strong leader who is constantly represented as a victim should not be missed.

Over-reliance on cultic leaders could turn authoritarian political systems volatile. Such leaders may become isolated as they surround themselves with sycophants who provide them with inaccurate information out of fear or incompetence. But charisma also tends to give rise to a belief in one’s own self-importance.

The spectacular failure of Russian military plans in Ukraine has revealed incompetence and hubris were present in the Russian leadership, suggesting its vulnerability. It would be too early to predict the future trajectory of Orban’s illiberal regime, but his growing international isolation in the wake of the war in Ukraine could potentially undermine his image as the “man of the people” who can outsmart the world.

This article was first published in The Irish Independent, April 30 2022