HSH Prince Albert II of Monaco today joined a diverse gathering of Irish businesses, beekeepers and researchers for a “Biodiversity Forum”, which addressed the value of biodiversity and its role in environmental and economic sustainability as those gathered discussed how to tackle current biodiversity loss.

The meeting, sponsored by AIB, was organised by Philip McCabe, President of Apimondia (the International Federation of Beekeepers' Associations) and Professor in Botany at Trinity, Jane Stout, who is also Chair of the Irish Forum on Natural Capital, and a contributor to the All-Ireland Pollinator Plan. 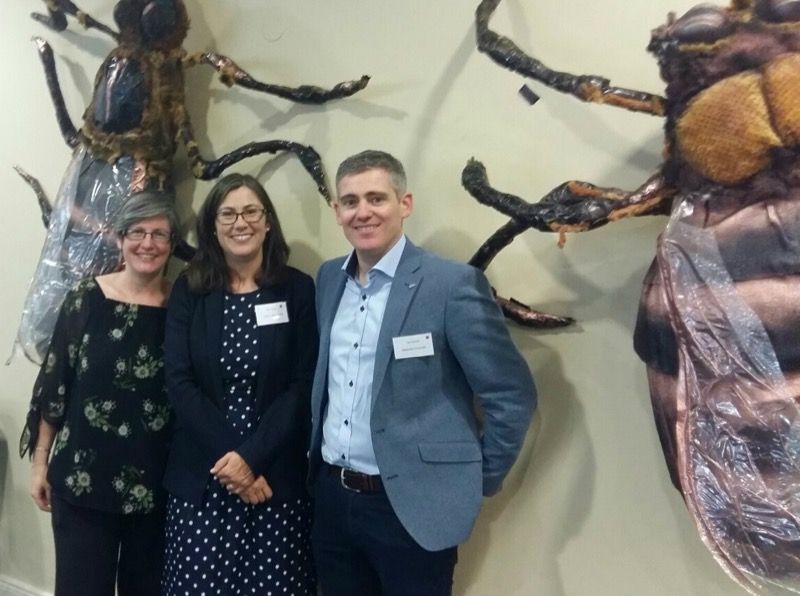 Speaking just before the Prince, Professor Stout explained that biodiversity can be thought of as part of our “natural capital” – a stock of assets, from which flow ecosystem goods and services, such as food, clean water, nutrient cycling, climate regulation, and pollination. These goods and services also underpin productive agricultural systems.

Professor Stout said: “If our stock of natural capital is degraded, then the flow of goods and services is under threat.”

“As well as conserving biodiversity for itself and for our future generations, it is crucial that we also do so for economic sustainability. This is why fora such as this one are so important – this can’t just be something that environmentalists are concerned about — it’s an issue which should be addressed by everyone."

In his speech, HSH Prince Albert picked up on this and spoke along the lines that biodiversity is the very future of life itself, implying that we should all focus on the strategic challenges of preserving biodiversity for the future of humanity.

The All Ireland Pollinator Plan is an important tool to move us toward that goal as it aims to create habitat for all pollinators to thrive and survive across the whole island – and not just the species which contribute to crop pollination, or the aesthetically pleasing species, but all species, across all types of land use and enterprises in Ireland.

The All-Ireland Pollinator Plan is a multi-partner plan of action to address the decline in bees — of which one third of Irish species are threatened with extinction — and other pollinators. It brings together public and private bodies to take action to reverse this decline.

Dr Úna FitzPatrick of the National Biodiversity Data Centre spoke about the Plan and emphasised the importance of providing evidence-based advice on a sectoral basis.

She said: “We have produced guidelines for gardeners, businesses, local communities and councils, and are currently working on advice for farmland. These guidelines have been developed with partners in the relevant sectors, and are based on scientific findings”. All are freely available on the National Biodiversity Data Centre website (www.biodiversityireland.ie).

Also addressing the meeting was Colin Hunt, Managing Director of AIB Wholesale and Corporate Banking, who are the main sponsors for the forum, along with Mairead McGuinness, MEP, Vice President of the European Parliament, who presented the European Parliament perspective, and Michael Maloney, Director of Quality Assurance, Bord Bia, along with representatives from Irish industries, agricultural and research organisations.

The Prince, who has a very keen interest in biodiversity globally, and who was a guest speaker with Philip McCabe last year at a similar forum in the European Parliament has voiced the opinion and commended the All-Ireland Pollinator Plan approach, by stating “The enthusiasm for pollinator conservation in Ireland, supported across a range of sectors, gives us hope for the future.”

During his visit to Drogheda, the Prince will also visit Dominick’s Park to open a Rose Garden in honour of his mother Princess Grace who once visited Drogheda.