Irish author, Mark O’Connell was awarded the Rooney Prize for Irish Literature 2019 at a special event hosted in the Provost’s House. He was presented with the prize for his debut ‘To Be a Machine’ an exploration of transhumanism. This is the first time the award has been made for a work of non-fiction. 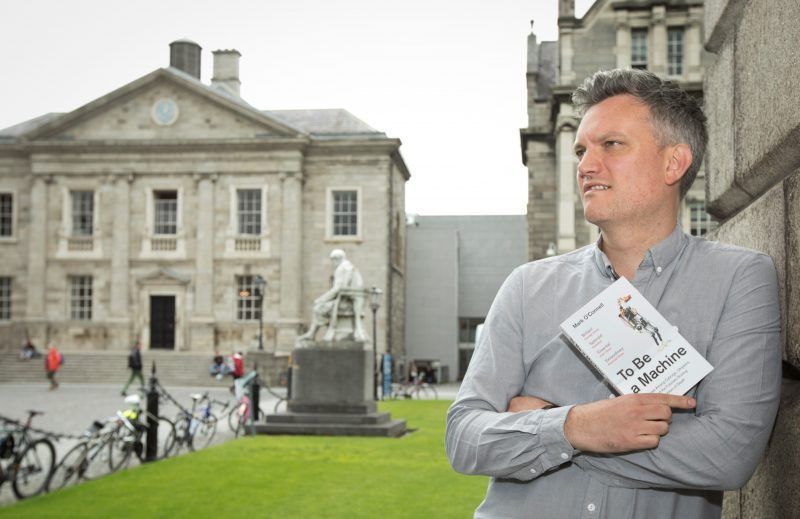 “In his book which takes a personal look at the transhumanist movement – a movement which hopes through technology to enhance human capacities and eventually overcome human mortality – Mark O’Connell shows himself to be a writer of the first rank. His faultless characterisation, his deep interest in the humanity of his transhumanists, his engagingly precise but poetic style, his richly insightful observations on questions which are literally life and death issues, marked him out as a writer of unquestionable promise.”

The prize is awarded for a body of work by emerging Irish writers that shows exceptional promise. The author joins the auspicious ranks of former winners such as Colin Barrett, Sara Baume Anne Enright and Frank McGuinness among many others.

Being presented with the award in Trinity had a particular relevance for the Kilkenny-born author who is a graduate of Trinity from where he obtained an undergraduate degree in English and Philosophy and a PhD in English.

“It’s a delight, and a real surprise, to be chosen as the winner of this year’s Rooney Prize for Irish literature. It’s especially thrilling to be the first writer of non-fiction to be awarded the prize. I’m deeply grateful to the prize committee and to the Rooney family for this wonderful honour.”

The benefactor of the prize, Dr Peter Rooney congratulated the Irish author on his achievement:

“I am delighted to see the award go to a writer of such original and fresh writing.  The vision for it has always been to reward new talent and Mark is most deserving of this year’s award.”

The prize was originally set up by his uncle, the former US Ambassador to Ireland and President Emeritus of the Pittsburgh Steelers, Dan Rooney who passed away two years ago

The Rooney Prize for Irish Literature is administered by the Oscar Wilde Centre for Irish Writing at the School of English at Trinity.

Mark O’Connell won the prize for his book, To Be a Machine: Adventures Among Cyborgs, Utopians, Hackers, and the Futurists Solving the Modest Problem of Death (Granta, 2017).