New research has identified a novel mechanism by which humans can defend themselves against the well known hospital superbug, Clostridium difficile.  The study provides us with critical information for the development of therapies for the treatment of the infection caused by this bacterium. Furthermore it has unveiled one of the reasons why some patients are highly susceptible to this bacterium and go on to develop very severe infection.  The study was jointly led by Professor of Medicine and Vice-Provost of Medical Affairs at Trinity College Dublin’s School of Medicine, Dermot Kelleher and Senior Lecturer in Immunology at Dublin City University, Dr Christine Loscher. The research was supported by funding from Science foundation Ireland and Enterprise Ireland.

In the past two decades the incidence of Clostridium difficile infection (CDI) has increased dramatically and the impact of CDI in healthcare settings is considerable in terms of mortality, morbidity and disease management.  The increase in mortality rates, which in some countries are now three times that of MRSA, has been largely attributed to the emergence of strains of C. difficile with increasing virulence and antibiotic resistance and enormous resources are now occupied in the prevention and treatment of this condition. 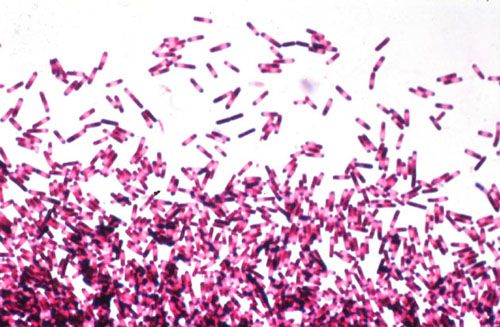 The new research, which has just been published in the prestigious journal PLOS Pathogens, has shown that the immune system is able to recognise proteins which are found on the outside of the bacterium.  The recognition of these surface layer proteins trigger an important receptor of the immune system, known as TLR4, which then instructs the immune system to destroy the bacterium and therefore provides protection for the human host.

“This is a major step forward in the battle against this superbug, which provides us with a new understanding of how the immune system responds to Clostridium difficile in humans,” said Dr Loscher.  “This is the vital information we need in order to design ways to help patients fight this infection.”

Professor Kelleher added: “Clostridium difficile is an increasingly important health problem and this new finding will help us to understand why certain patients get infected and also what novel therapeutic strategies might be important in boosting host immunity in susceptible individuals.”

This work was supported by grants from Science foundation Ireland and Enterprise Ireland. Other researchers involved in this work include Professor Padraic Fallon at TCD, Professor Luke O’Neill at TCD, Dr Mary O’Connell at DCU and Dr Thomas Rogers, Professor of Clinical Microbiology at TCD.