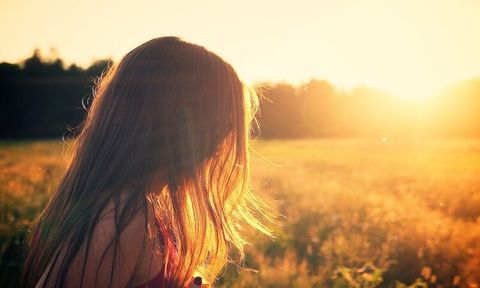 Scientists at Trinity College have found that nearly one in four children in Dublin are vitamin D deficient and this number increases to one in three in socio-economically disadvantaged areas. Deficiency is most prevalent in females, older children (aged over 12) and during winter months. The study is the largest of its kind in Ireland to date and is published here in the Journal of Nutritional Science today. It is the only study to explore vitamin D deficiency by an accurate measure of socio-economic status.

Vitamin D is vital for the rapid bone growth which occurs in childhood and adolescence -when about 90% of our peak bone mass is attained - yet studies on the vitamin D status in children in Ireland are limited.

The body creates vitamin D from direct sunlight on the skin, outdoors. From October to March, we do not make enough vitamin D from sunlight in Ireland. Additionally, food sources of naturally occurring vitamin D are limited. Vitamin D is also important for the adequate absorption of dietary calcium which is equally important for bone health.

Failure to maintain adequate vitamin D and calcium intake in childhood puts children at risk of brittle bones (osteoporosis) in later life. Severe deficiency of vitamin D can also cause softening of the bones (osteomalacia) and lead to rickets in young children.

The children in this study had been referred to their GP for vitamin D tests in the Dublin area,  and variation was identified by sex, season and socio-economic status in a sample size of 1226 children.

“ Our research findings indicate that low vitamin D status is common affecting more than one in four Irish children. This is concerning as it may have long term implications for bone health. In particular girls, teens (over 12 years) and those living in low socioeconomic areas were most vulnerable. Choosing foods such as milk and cereal products with added vitamin D, and taking a supplement (10micrograms or 400units per day), particularly in the winter can help prevent low vitamin D levels.”

“The study shows that vitamin D deficiency is just as prevalent in children as in adults, particularly during the teenage years when new bone mass is acquired. Reduced sun exposure such as more sedentary behaviour or screen time and lower dietary vitamin D intakes are likely to be important factors.”

This research identifies the need to focus on strategies to improve vitamin D status in Irish children, especially in those found to be most at risk. The Food Safety Authority recommends that everyone aged between 5-65 years get 10 micrograms (400 units) of vitamin D - through diet and supplements - per day. The research team believe the recommended daily allowance may need to include specific targets for children of between 10-15micrograms (400-600iu).