What’s Your Vision for Dublin? 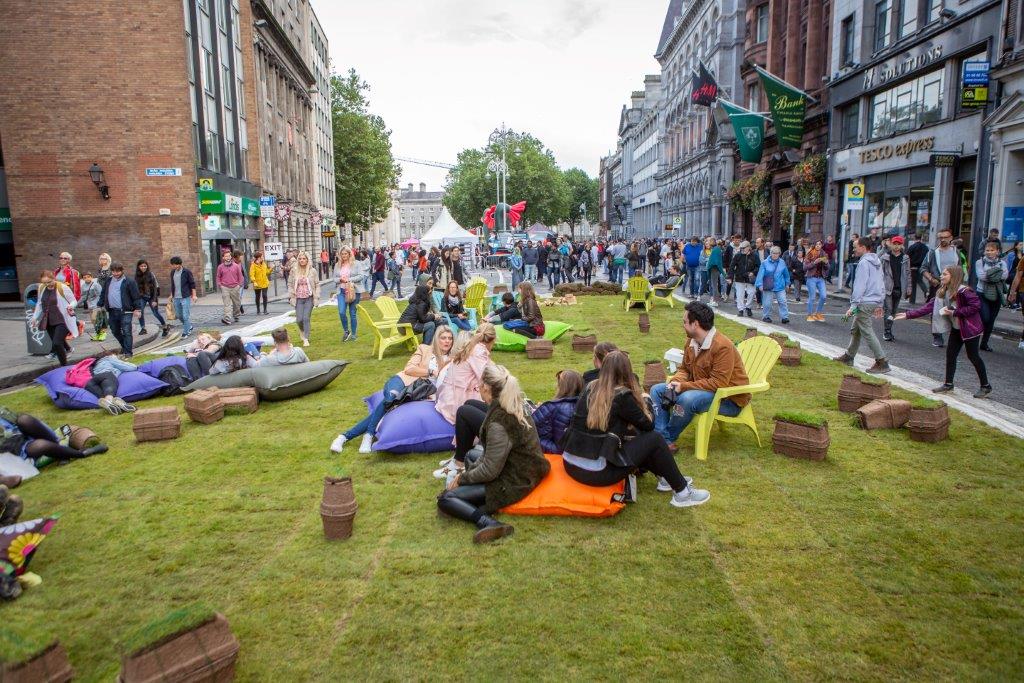 In 2018, Healthy Trinity identified a 37% reduction in cycling since 2011. In response, we began to explore how cycling could be segregated between our campuses.

Building on Trinity's existing relationships with Dublin City Council and the National Transport Authority, as well with many civic organisations and active citizens, Trinity took the following actions to encourage changes to the built environment in Dublin:

Trinity made this submission to Dublin City Council on transport policy as the city reopens after Covid-19 requesting a number of measures on four routes in the city that have been identified since 2018 as a priority for the University. They include:

Healthy Trinity, the Ignite Programme in Trinity and BYCS of Amsterdam hosted a follow-up lab with the support of Dublin City Council to answer the question raised in the June lab.

Over 60 people attended and made over 280 suggestions for changes to Dublin to make it more liveable. More details and a report on the event can be found here.

In partnership with Dublin City Council, Trinity hosted an event for the general public to celebrate the 2019 Velo City Conference coming to Dublin. Healthy Trinity hosted a pop-up lab as well as a student and academic showcase. The school of Civil and Structural Engineering hosted a seminar.

BYCS of Amsterdam led the pop-up lab pictured at which participants collaborated to develop the following question:

"How can we speed up change in Dublin to make it more liveable?"

More details of the event can be found here.

Pictured: Members of the general public participating in the pop up lab.

#Cycling for All Campaign

Pictured: An image from Trinity's video by alumnus Ronan Griffen's on cycling with a visual impairment

Healthy Trinity has participated in the National Transport Authority's Smarter Travel initiative since 2011.

In 2019, we won multiple awards including Dr. Gar Bennet for best lecturer.

We do ongoing promotion of walking, cycling and public transport via our social media sites.

Trinity Sport offer showering facilities on campus and many buildings have their own shower facilities.